Nightmares On Wax – Shape The Future 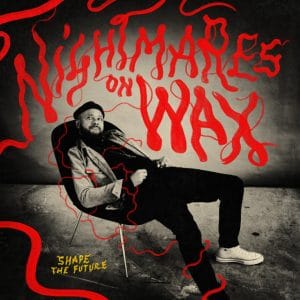 With Shape The Future, Nightmares On Wax lynchpin George Evelyn has decided to grow up. The Warp stalwart, whose whole career has been with the label, has described how making his eighth album posed a lot of challenges due to its collaborative nature, and greater maturity was the quality he ultimately craved to get it finished.

It is certainly his most adult record to date, complementing an output already crammed with staples that no self respecting chillout or hip hop DJ should be without. Yet what is ultimately most satisfying about Shape The Future is its reacquaintance with Evelyn’s knack for moving himself and his soundsystem right to the centre of the party.

Many of its best moments have a meditative quality that allows the listener to get away from it all. The title track is a profound piece on thought control; a less is more approach working perfectly through the softly sung lyrics and the slowly shifting textures just below the vocal line. Similar depths are explored by Jordan Rakei, a great choice for Typical and its understated soulful thoughts. Deep Shadow, meanwhile, has a muffled vocal from Sadie Walker in what feels like a distant nod to Lauryn Hill’s That Thing. It starts to burn into the listener’s mind, along with the song’s tale of how “you just don’t understand the troubles with my man”.

These subtle messages, delivered with a refreshing lack of pretence, nonetheless need an outlet. Gotta Smile provides it, a classic Nightmares On Wax party tune that basks in the sunlight, a loping, dubby house beat building to take in guitar and squiggly electronics that match the winning vocal hook. A smile is never far away in this music.

Throughout the album Evelyn capitalises on the good vibes promised by first track Back To Nature, which eases in to view at the start, Evelyn aware that for many it will be the first new NoW sounds they have heard in five years. It is at once reassuring and easily uplifting, a statement that recognises more than ever the importance of good music in an uncertain world climate. “Let’s take care of this,” urges vocalist Kuauhtli Vasquez, prompted by recordings of the Wixarika Tribe from Mexico. “Everybody’s food comes from the same Earth,” he notes. “Let’s create a global consciousness, a planetary way of living.”

The diversity evident in these first few minutes courses through Shape The Future and is one of its strongest aspects. Nightmares On Wax have always been an interchangeable outfit, but here they explore in greater focus the sounds and cultures Evelyn has experienced on his travels. Citizen Kane is perhaps the best example of their craft, a fine vocal turn from ex-Zero 7 vocalist Mozez complemented in the rap version by Allan Kingdom.

Those who have followed Warp and Nightmares On Wax since their inception will be reassured that all is well in both camps. If anything Shape The Future is one of George Evelyn’s finest achievments, and is all the more affecting for its refusal to be dimmed, keeping a zen-like stance in the face of adversity.