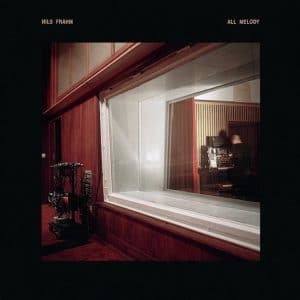 Since first releasing music on Erased Tapes back in 2009 German pianist Nils Frahm’s career has been punctuated by various, definable stages and concepts. His first album and EP released on Erased Tapes demonstrated his ‘pure piano’ phase, immersing himself in the instrument with which he’ll forever be associated, humbly allying beauty to simplicity.

His next two albums took on a more conceptual feel (2011’s Felt concerning itself with the inner, unseen workings of the instrument and 2012’s Screws seeing Frahm adapt to the restrictions of playing with a broken thumb). 2013’s Spaces helped establish him in his current revered position, capturing the energy of his awe-inspiring live shows while 2015’s Solo saw him return to his simple beginnings.

All Melody was recorded in a new studio based in the 1950s East German Funkhaus building. Frahm spend the last two years personally overseeing its construction, something which is immediately evident in the attention to detail present. Overall it proves a worthy addition to his catalogue and sees him subtly move his sound on once again, without maybe being the great leap it could have been.

The first half of the album is where the sense of progression can be most easily heard, yet everything doesn’t always successfully fall into place. Opening track The Whole Universe Wants To Be Touched features the first overt use of the human voice on a Frahm record, courtesy of London based vocal group Shards, but it’s all very low key and understated (arguably too much), a theme that never really leaves the album. The feeling is that such a grandly titled opening piece should be more imposing and agenda-setting.

Sunson and A Place follow, both featuring the clipped notes, minor scale reverberations and gentle dub-influenced sound first explored on Spaces. The former also sees the pipe organ installed in Frahm’s new studio make its first, subtle appearance on the album while the latter sees more in the way of soft vocals drifting over the track. These early stages seem more concerned with ambience, texture and mood than melody, something which may throw some listeners who entered the album with the title to the forefront of their mind.

My Friend The Forest reverts to hushed, pensive piano. Frahm attempts to wring emotion from the keys but it feels too fragmented, piecemeal and micro to make a lasting impression. It ushers in a very quiet, introspective mid-section that recalls some of the minimalist music released on (legendary German label) ECM. It’s an influence Frahm has previously acknowledged so the connection isn’t unsurprising (it’s a link that runs deeper in his family also – his photographer father shot covers for the label).

Human Range features isolated, plaintive trumpet and is perhaps the album’s most serious, downbeat moment. The reappearance of voices help thaw the thick layer of ice but only partially. Forever Changeless extends the recently established motif on piano. It’s meticulous yet muted and at this stage it fees like the album could benefit from a little more verve and dynamism – something which, happily, is forthcoming in the second half.

The title track, appropriately, sees the most overt reference to melody on the album so far. Synthesisers build immaculately, almost in slow motion, becoming more percussive as the track progresses. #2 and Momentum ultimately travel to similar places musically. The former resolutely takes its time in doing so and is similar to the title track, recalling Says from Space in terms of structure and format. Given that this was one of the pieces that helped propel Frahm to his current popular position it might not be a surprise that he explores this idea once again, giving his fans more of what they like. It’s easy to imagine these pieces growing and becoming more striking in his live shows.

Fundamental Values sees a lone trumpet reappear at the beginning but soon falls away to tender, snowy piano (an area where he still excels). Kaleidoscope is driven initially by some busy pipe organ before it undergoes a welcome gradual journey to ambience – the interspersing of voices here is much more successful and it ends with some pleasingly minimalist strings. Harm Hymn closes the album with solemn harmonium and is a track that listeners can lose themselves in without effort (something which can’t always be said of some of the earlier pieces).

To date Nils Frahm’s music has placed importance on cohesion and flow which makes the feeling that All Melody is an album of two halves even more unexpected. The opening half sees him attempt something a little different with mixed results, the second half seems him return to more familiar ground with only moderate success. His dedication to his art and unwavering belief in the power of the piano is commendable, and while he undoubtedly has a masterpiece in him, unfortunately All Melody isn’t quite it.