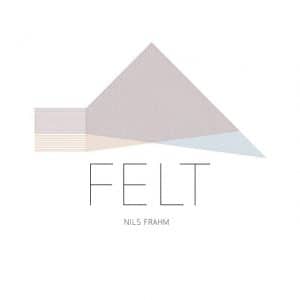 2011 is shaping up to be another excellent year for the genre of modern classical, having already witnessed several releases of an exceptionally high standard. Not only have we been treated to new albums by heavyweights of the genre such as Jóhann Jóhannsson and Dustin O’Halloran, but it has also seen newcomers such as A Winged Victory For The Sullen (O’Halloran’s project with Stars Of The Lid founder Adam Wiltzie) emerge and deliver standout works. Meanwhile, acts such as Deaf Center have continued to push at the experimental boundaries. Even Mogwai closed their recent album with a 20-minute opus that shared more with modern classical than the post-rock they have perfected over the last 15 years.

A particularly refreshing development has seen several artists willing to pursue a change in direction or style. Jóhannsson has moved away from his recent immersion in string based composition towards a brass-heavy sound and O’Halloran has widened his sound to include strings alongside his trademark piano arrangements. This trend is also reflected in Felt, the second full length album from Berlin-based pianist-composer Nils Frahm. For this release he changed the way he recorded his music, specifically by placing microphones deep within the piano to help capture a more intimate, close-up sound. As a result, a thin gauze of surface noise hides in the background throughout.

The album itself is a collection of miniaturised piano-based articulations, each piece segueing seamlessly into the next. There are none of the extended pieces found on his Wintermusik EP or in his extraordinary live shows. Keep opens the album, frosted piano playing out repeated, mildly Steve Reich-like patterns. It is a rare point of reference in an album that otherwise occupies its own special space and time. Following track Less has spare piano chords that fall elegantly into place and it is a similar situation on Familiar, which begins with more gentle piano draped in the merest of extraneous sound. It recalls Infra by Max Richter and also adds weight to the feeling that no sounds have been dispensed with or excluded on this album. This is music with all by-products consciously left in. A distant hiss, a faint crackle, an abstract rustle, the occasional human breath.

The rest of the album progresses in similar style. Old Thoughts features two intertwining ribbons of ruminative piano, Snippet is coloured in the subtlest of watery hues while Kind is a canvas of pristine musical brushstrokes. Pause sees Frahm play bolder, deeper piano lines that never compromise on emotional impact. He does concede two moments that veer away from the homogeneity of the album however. Unter is a curious little track of whistling ambient sounds and album-closer More allows the pearlescent piano lines to slowly drift away on a cloud of discreet synthesisers.

Each carefully considered vignette on Felt carries tiny melodic fragments and taken together they reaffirm Frahm’s special ability to infuse his piano solos with considerable poignancy and emotional weight. It is a remarkably enduring and giving album that further enriches this already flourishing genre.