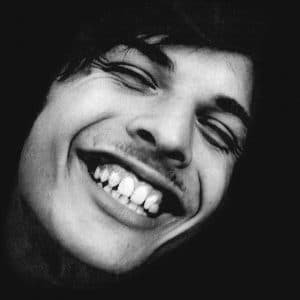 The piano is an amazing instrument, when you think about it. For some 250 years now it’s been at the forefront of musical entertainment, and has hardly changed in its make-up. From Mozart and Haydn in their Vienna drawing rooms in the 1750s, entertaining guests, through to today’s use by singer-songwriters or house music producers, using it as the basis for their heartfelt outpourings, it has proved to be incredibly versatile. Only the guitar can claim such a presence in music over that time; maybe the violin.

Composer Nils Frahm, who describes himself as classical / experimental, chooses to use the piano and little else for The Bells, which was possibly just as well for his engineers, since the whole album was recorded over the course of two days in the Grunewald church, Berlin. Produced by labelmate Peter Broderick, it is therefore a disc made ‘in the moment’, 14 musical thoughts and pictures laid out instinctively for the listener.

When he plays softly, Frahm makes wonderful music. Ambre is beautifully flighted, very soft in texture, rather like a Chopin prelude. Small Me uses the extremes of the piano register to good effect with little in between, creating the impression of a wide open space. When Frahm works things through there are also strong hints of Vaughan Williams in the musical language, and Michael Nyman raises his head at times when some of the poignant passages remind of The Piano in their execution. These are cinematic portraits that are simply constructed and surprisingly moving.

It’s when the music gets louder that the impact is halved. This begins with 2, which is rather hammered by the pianist as he treats the instrument more percussively, when a little less force would have gone a lot further in reality. The reverberance in the recording is noticeable here, and at times in these louder passages it’s as if the listener has been placed up the back of the church, and even about to leave.

Frahm is also too harsh in 5, which makes rather uncomfortable listening in its sudden jerky movements, like a fleet footed cat running up and down the lower register of the piano. While the emotion he is wishing to convey cannot be denied, the tone is harsh and unforgiving, taking away from the true message.

In truth, then, The Bells is a mixed bag of accomplished piano pieces that could do with a bit more subtlety in those passages where the intensity rises. It’s those softer, more intimate asides that have the greatest impact, allowing the listener to truly connect with Nils Frahm and his message. And that’s where the simple beauty of the piano shines through.