Ocean Colour Scene – Live: One For The Road 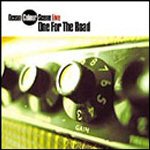 As anyone who has seen Ocean Colour Scene live will tell you, the Britpop rockers from Birmingham are at their best live on stage, so this 74 minute collection fills a space in their back catalogue quite nicely. Taken from their appearances at a trio of festivals this summer – Guildfest, T in the Park and Ireland’s Oxygen Festival, as well as a gig in the Yorkshire town of Keighley – this album offers up a 19-song greatest hits package whilst capturing some of the live energy they produce on stage.

The album, the first since founder-member Damon Minchella left the band with Dan Sealey stepping in as an able deputy on bass, begins in fine fashion with a trio of songs from the album which broke them on the scene, Moseley Shoals. The anthemic Riverboat Boat kicks things off, complete with guitar feedback and crowd singing, as if to authenticate that live feel. Amazing to think it was eight years ago that this song gained them attention with a little help from a certain Chris Evans.

Before The Circle and You’ve Got It Bad continues a high-paced start, featuring some frantic drumming from Oscar Harrison and one of those Steve Cradock guitar solo specials which live fans will be familiar with. Less expected, however, is the samba-style ending to the song.

The collection also includes a cover of the Small Faces‘ Wham Bam Thank You Mam. Another energy packed rock number, it proves to be a song perfectly suited to the band, especially as they have always been a band who has sounded as though they belonged to another era anyway.

One thing this album does underline is what a consistent stream of good music Ocean Colour Scene have produced in their 14-year career so far. The title track from their most recent studio release, North Atlantic Drift, proves a good example with those typical traits of a great guitar hook and chorus. Indeed, one of the reasons they are such a good live band is that their songs are perfect for audience sing-a-longs.

Although there is much audience participation to be heard on this release, anti-war song Profit In Peace is particularly poignant. In a message to Mssrs Bush and Blair amongst others, singer Simon Fowler asks “Do you think anyone’s listening?” at the end.

One criticism that could be made is that some of the songs are edited a bit too closely together, having the effect of losing the illusion that this could be one continuous live performance. However, there are dashings of another live trait – improvisation. It’s My Shadow morphs into The Day We Caught The Train before a reggae section and a storming honky-tonk style ending.

But the biggest live stormer of all is Hundred Mile High City. This guitar-laden fan favourite finds Cradock in his element, although a much shorter version than is usually played live comes as a bit of a disappointment. Also disappointing is the choice of the acoustic ballad Robin Hood as the final song. Despite being a well-crafted song, the early B-side does not end the album on the high which a host of other choices would have done.