Okkervil River – In The Rainbow Rain 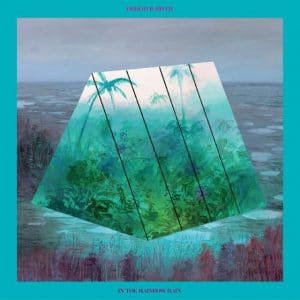 It can take a little while to appreciate the full depth of an Okkervil River album. Will Sheff’s lyrics often hide a treasure trove of existential dread and smart humour, whilst his band wrap them up in perfectly performed folk-rock. Things have changed a little for Okkervil River though. In The Rainbow Rain was created by Sheff and current touring incarnation of the band, and rather than indulging in folk-rock, the band’s current sound sticks doggedly to the middle of the road.

Embracing soft-rock influences is something of a peculiar move because it really strips the edges from Sheff’s occasionally barbed approach – sometimes to the point of making a number of these songs so bland that they’re instantly forgettable. A positive, polished Okkervil River is a strange thing indeed, but it does seem to reflect Sheff’s wish to make an upbeat record that possesses a sense of energy and makes people happy.

Famous Tracheotomies gets things off to a good start as Sheff relates his brush with death as an infant, before going on to discuss other famous people who have undergone the procedure. Name checking Mary Wells, Dylan Thomas and Ray Davies, Sheff gets to grips with the motifs that have permeated his work for years. Dealing with surgical procedures, throwing musical allusions to Waterloo Sunset into the mix and turning a disturbing subject into a soft-focus gospel pop nugget is quite a tricky task, but Sheff and his band pull it off in considerable style.  The Dream And The Light follows and suffers somewhat from a lack of real dynamism. There are touches of gospel in the backing vocals here, but they don’t soar like they should. Similarly, the saxophone solo just kind of happens, rather than pushes the song onto a new emotional level. It’s rare to hear the band sound quite so flat.

Love Somebody nearly falls into the same trap, but just about succeeds by attaching big chorus hook to Sheff’s emotionally complex lyrics. It’s hard not to think that they deserve to be accompanied by something that packs more of a punch. Maybe being stealthy and smooth is the way forward, but it seems a little too easy to miss the point of these songs at times. Don’t Move Back To LA embraces embraces a pop-folk approach, placing the band back in familiar territory. It doesn’t really say a lot on an emotional level, but as a straight up pop-tune, and it serves its purpose well enough.  Basing a song on an animal shelter (and then setting up an analogy between abandoned animals and human loneliness) should be perfect for Sheff to weave his magic, but it just drifts along and never truly engages.

Closing the album is Human Being Song, which is totally stripped back. Despite being barely there, it works perfectly; there’s an Abbey Road-era Beatles feel to it, and Sheff’s world weariness comes to the fore once again.  In The Rainbow Rain isn’t a totally awful album, but it does feel as if the band hasn’t quite found its identity just yet. Clearly Sheff is at something of a crossroads in his life and his world view is changing; perhaps he doesn’t quite know how best to make everything fit together just right. Given time, there are moments of this album that will shine, it’s just a shame there’s so few of them.