Ólafur Arnalds – …And They Have Escaped The Weight Of Darkness

by Dan Marner
published: 10 May 2010 in Album Reviews
Tweet 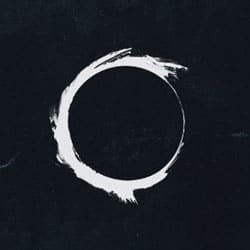 Those movies tend to feature soundtrack scores that are very piano-heavy, non-intrusive, mournful yet comforting. They’re not terribly upbeat, not terribly dark, not terribly anything. They just exist to provide an aural cushion for the Emmy-nominated histrionics up front. Maybe they’ll rise to a polite cellos-and-horns almost-crescendo for the climactic race to the hospital bed, before settling back into faltering, hesitant piano as the heart monitor goes beep….beep…..BEEEEEEEEEEEEEEEP….and the actress playing the end-of-her-tether mom or the turned-over-a-new-leaf daughter gets to fall to the floor and sob ‘N-N-N-NOOOOOOOOOOOOOOOO….’

That’s the sort of thing that …And They Have Escaped The Weight Of Darkness, the new album by Icelandic classical crossover star Ólafur Arnalds, is most reminiscent of. Don’t misunderstand; the lad has a jaw-dropping pedigree. Only 23 as of this writing, he was arranging strings for heavy metal bands as far back as the age of 17, and clearly has a distinctive, individualistic voice and an impressive focus and ambition for one of such delicate years. Perhaps he can be forgiven a little for possible naivete of style.

But the album comes freighted with expectations that it fails to meet. Arnalds is often mentioned in the same breath as fellow Icelandic etherealists Sigur Rós, and it isn’t hard to detect the similarities of tone and mood in their work: even the album artwork, a ragged white circle on a dark background (possibly an eclipse of the sun?) looks like one of theirs. There is a definite tint of open landscape, icy wind and heavy mist to this music, a bitingly damp loneliness that should seep into the listener’s bones, but instead barely moistens the skin.

A suite of variations on a theme rather than a conventional album, it fades in to opening track Þú ert sólin with a barely perceptible trill of silvery piano which leads into the delicate interweaving of keyboard and strings that characterise the rest of the album’s brief running time. Second track Þú ert jörðin continues in the same vein, little bulbs of synthetic light popping on behind the chamber orchestra’s every hesitant step. So far, so evocative.

The title’s roots in the dialogue of Bela Tarr’s dour, austere monochrome masterpiece Werckmeister Harmonies make sense amid all this sparseness and brow-furrowing and a bewitchingly heavy tone is deftly established. But when Arnalds adds heavily-brushed, waltz-time drums to third track/movement Tunglið he breaks his own crystalline spell. This very slight upping of pace doesn’t take us anywhere except out of the mood and into Inspector Morse territory, that same soporific, don’t-frighten-the-horses timidity that blights so much soundtrack music.

The album continues in this vein: instead of soaring or skating over that volcanic Icelandic landscape that the first two tracks painted so vividly in our mind’s eye, it plods, it trudges, it limps. The suffering of the lonely soul is hinted at, but never made real, never outlined in its full vivid hues. Too often we find ourselves listening to Arnalds plonking a couple of boo-hoo notes on his keyboard which the string section wrap in spindles of tasteful, passionless cotton wool.

The most interesting elements are supplemental to the music: a distant rumble from the hillside, the lapping of water in a cave that bubbles up at the beginning of the surging, Mogwai-like Gleypa okkur. Arnalds has a reputation for recording the sounds of nature and using them to augment his music, and here one wishes for more of this as a means of rooting this spindly, bloodless music into some sort of tangible, Earthly setting. Hægt, kemur ljósið the oom-pah-ing brass of Þau hafa sloppið undan þunga myrkursins liven things up a little in the home stretch, but only to come across ultimately as Sigur Rós doing elevator music.

Arnalds has a devoted audience who are clearly charmed and beguiled by his music, and there are definite hints and sparks of something fascinating here, a potential for something great to eventually emerge. But too often …And They Have Escaped The Weight Of Darkness relies on a starkness and simplicity that the unadventurous, sentimental chords are too slight and cliché to support. Fellow travellers like Harold Budd, William Basinski and Max Richter to name but three continue to demonstrate what can be done with the sparsest of elements: that traditional instrumentation needn’t mean conventional sounds, that a few simple notes on a piano can contain multitudes and cause the world to tremble. Hopefully, Arnalds will get to that same high altitude. Lord knows he has time on his side.