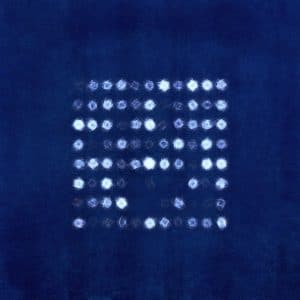 Listening to a record as accomplished as Re:member, it’s hard to comprehend that Ólafur Arnalds became a classical composer almost by accident. Back in his native Iceland in the mid-2000s, drumming for an obscure hardcore band, he was asked to write some short piano and string pieces for an album by German metal group Heaven Shall Burn after sharing demos of his own prog rock-influenced compositions while supporting them on tour. These first forays were well-received, and it wasn’t long before Arnalds put down his drumsticks permanently to focus full time on his unexpected new direction.

Since then, the man from the small town of Mosfellsbær has established himself as one of the most interesting figures in the modern classical genre, collaborating with kindred spirits such as Nils Frahm, Janus Rasmussen from the Icelandic electro-pop band Bloodgroup (with whom he formed Kiasmos) and German-Japanese pianist Alice Sara Ott to explore everything from experimental techno to the music of Frédéric Chopin. His restless imagination has also seen him compose and release seven different tracks on seven consecutive days (on 2009’s Found Songs) and with seven different acts in seven different locations (2016’s Island Songs), as well as experimenting with new technology and recording techniques.

On a surface level, Re:member is a very pretty, well-structured collection of fairly conventional keyboard/strings compositions, underpinned by subtle electronica. Yet unpeel the sonic layers and the listener will find so much more going on. Arnalds’ use of the pioneering Stratus technology he helped develop allows notes played on a main piano to generate alternative notes on two further pianos. This results in cascades of sometimes dizzylingly complex but always fluent and harmonically gorgeous interplays, a key ingredient of Re:member’s deceptively complex recipe.

The opening title track showcases Arnalds at his most accessible, with a quiet melody and gliding strings building to a Sigur Rós-like stirring climax. Unfold, a collaboration with English singer-songwriter/producer Sohn, feels closer to Arnalds’ soundtrack work (notably for the hit TV series Broadchurch) with its evocative orchestration and ghostly, wordless voices. While the electronica elements mostly play an (important) supporting role on Re:member, the Aphex Twin-like Ypsilon reminds us Arnalds remains equally capable of producing authentic ambient work.

On other tracks, for example Brot, he takes one simple, repeated sequence of four notes (in this case, the piercing strings of the London Recording Orchestra) and steadily builds the track around them, almost imperceptibly shifting volumes and tempos and introducing new instruments and rhythms in a way that always feels utterly organic. This ability is showcased again at the half way point of the six minute-plus Undir, when the skittering percussion and swirling strings suddenly surge smoothly through the gears before ebbing away again into a gentle murmur.

A winning combination of intricate, impeccable craftmanship and human warmth, Re:member is a record that further enhances Arnalds’ reputation as a truly modern composer, capable of scaling heights few of his contemporaries can match.