Ólafur Arnalds – Some Kind Of Peace 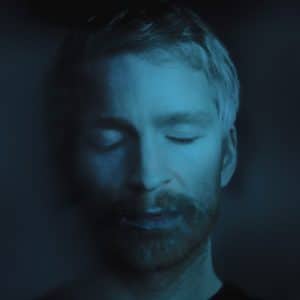 His last album, 2018’s Re:member, was arguably his best yet, with its use of the pioneering Stratus technology he helped develop allowing notes played on a main piano to generate alternative notes on two further pianos to create complex but frequently beautiful interplays.

some kind of peace (the lower case is deliberate) isn’t quite as groundbreaking as its predecessor, but it’s no less lovely. Half-written prior to lockdown and completed at Arnalds’ harbour studio in downtown Reykjavik as the pandemic took hold, the music here is peaceful, contemplative and – perhaps unsurprisingly – imbued with a real sense of isolation. Arnalds himself has described the record as the journey of his personal and creative growth, set against the backdrop of a chaotic world, struggling to navigate the realities of everyday existence.

The record opens with Loom, one of several collaborations with other artists – in this case, the now veteran British musician, DJ and producer Bonobo. As is often the case with Arnalds’ choice of musical partners, the Englishman’s shimmering soundscapes complement his own very effectively, recalling the gentler moments of Arnalds’ Kiasmos work with Janus Rasmussen from the Icelandic electro-pop band Bloodgroup.

Elsewhere, the Björk-like vocals of another Icelander, JFDR, provide a rare lyrical counterpoint to the blend of gliding strings and shifting beats, with the focus on coping with loss seeming very prescient in the current global climate. The Bottom Line, on which Arnalds is joined by his friend Josin, a German singer-songwriter, is sonically gorgeous but a little slight, and both vocal contributions feel like additional instrumental textures rather than providing the tracks with a genuine song structure.

The highlights of some kind of peace come when Arnalds goes back to basics, recalling his earlier solo output. Spiral sees him at his most pure – just strings, piano and tiny tinkles of melody apparently played through a 100 year old phonograph – while Zero and We Contain Multitudes are stately, minimalist compositions in the vein of Nils Frahm.

The album signs off with Undone, which opens with a poignant, contemplative spoken word narrative from the American singer Lhasa de Sela, who died from breast cancer at the age of just 37, before building to a sweeping orchestral crescendo and then ebbing away in a passage that seemingly reflects the journey of life itself.

There are times when some kind of peace feels a little fragmentary and undercooked and it isn’t quite as consistently strong and polished as Re:member. Nevertheless, it’s still a thoughtful, meticulously constructed record with some sublime moments.