One Little Plane – Into The Trees

by Lily Middlemass
published: 7 May 2012 in Album Reviews
Tweet 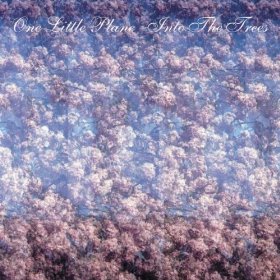 Chicago-based folk singers probably aren’t all that thin on the ground. Folk singers aren’t really thin on the ground anywhere, in fact; non-threatening, hybrid folk-pop is an ever-popular genre, slipping in and out of mainstream consciousness with alarming regularity, but never falling out of favour. It’s not surprising; with the combination of a decent pop melody and the straight-forward, emotional lyrics often associated with folk, you’re onto a winner.

One Little Plane, or Kathryn Bint as she’s otherwise known, released her début, Until, in 2008; a beautiful collection of nostalgic and sunshine-soaked folk-pop. Tracks such as Sunshine Kid and Make Of Me showcased Bint’s husky, innocent vocals to their best; harmonising with tinkling xylophones, glockenspiels and gracefully plonking guitars, there was an overwhelming sense of wistfulness and childishness that coated the album like a sprinkling of sugar. It was sweet and if it was a little textbook for the genre, that could be forgiven for the simple fact that it was endlessly repeatable. The follow-up album, Into The Trees, thankfully doesn’t throw away the ethos of the first. As with Until, Into The Trees is produced by Four Tet‘s Kieran Hebden; his influence is, as before, something you are aware of, but not assaulted by. On tracks such as Bloom, or Synthesiser, his musical aesthetics do shine through; the harmonies are cleaner and tighter, whilst the abundance of instruments that Bint loves to use so much are tamed and ordered. Even then, this is still very much the sound of One Little Plane, merely combining the hazy almost-disorder to create something off-beat and a little disconcerting with Hebden’s controlled sound. Elsewhere, there are signs of the romantic song-writer with the sweetly yearning voice to be found in Nothing Has Changed and If You Ask. Here, the emphasis is on gently thrumming bass (courtesy of Radiohead‘s Colin Greenwood), a mesh of acoustic and electric notes dropping like separate entities and a slowly building cacophony of messy, glittering melody in the background throughout. Maybe this shouldn’t work, but of course it does; the sound is often beautiful and a little heart-rending. Bint’s vocals lilt and trail throughout, alternating between breathy staccato and lush drawling as she says how “your heart is pounding, I can hear it through a screen door”. Your own heart can race and drag along with her velvety voice. Progression, however, is important, especially with the second album. To output what would be, essentially, a repeat of her first album would be boring and of no consequence; certainly enjoyable for all those who loved the first album, but it won’t pull in anyone new and those who are there are likely to get bored. To throw out of the window everything that worked so well, however, would be suicidal. One Little Plane does neither; there is a definite sense that Bint has “grown-up” somewhat from Until. Into The Trees has more maturity and depth of emotion, but those emotions are still palatable to the listener in the same way that they were on Until. The sound, too, is less childish; the natural, earthy sounds of the xylophone, bells, plodding bass and whatever other exotic sounds tripped out on Until, are still present on Into The Trees, but there are darker notes at play here too, in tracks such as Hold You Down and I Know. Into The Trees was, apparently, recorded while Kathryn Bint was pregnant with her first child. This, perhaps, is why the shift from girlishness to something more adult; why the album feels so assuredly like the next stage for One Little Plane, the right step forward. It’s a pleasure to listen to, over and again.

One Little Plane MP3s or CDs

One Little Plane on Spotify