by Ben Devlin
published: 29 May 2018 in Album Reviews
Tweet 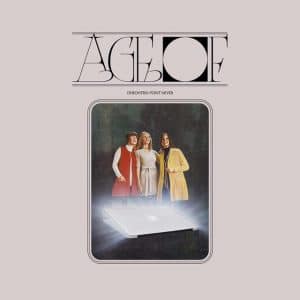 Daniel Lopatin’s eighth album as Oneohtrix Point Never finds him splitting the difference between the synth-based abstraction of his previous albums and a more visceral, abrasive style. While neither of these are bad templates to work from per se, the result is an album that doesn’t know what it wants to be.

Age Of opens with a baroque-sounding harpsichord that becomes enveloped by synths and mutates into a glitchy piece of electronica, one of the most enjoyable tracks on the album. However, it is followed by the irritating Babylon which features faux-deep auto-tuned vocals (“Babylon, it’s for you I sing / Babylon, in the sea of other things”) and appears to base its appeal around songcraft that isn’t all there.

The most abrasive moments are grouped together around the beginning of the album’s second half, with Warning’s title shouted to break through a crescendoing high-pitched tone, We’ll Take It’s percussion sounding like samples of heavy machinery and Same’s intense bangs and clangs all coming consecutively. But, perhaps inspired by Lopatin’s soundtrack work for the movie Good Time last year, the songs seem to be following a narrative that we aren’t in on and end up sounding more than a little aimless.

Better moments come after: RayCats’s exquisite sound design is drawn from scraping and plucking which slowly builds into an intricate, climactic composition, and Last Known Image Of A Song serves as a relatively cerebral finale with double bass and flute. These tracks, along with Toys 2 and the title track, play to Lopatin’s strengths as complex soundscapes that remain inventive while following an enjoyable path.

At various other points, though, Age Of is baffling, creating more heat than light with its noisy textures and creating the impression that Lopatin is stalling as an artist.