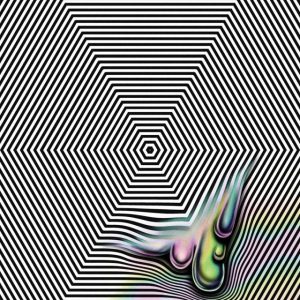 On his new record Oneohtrix Point Never has established that there used to be an indisputable sense of alchemy involved in listening to music on the radio. Sequenced to suggest an FM station being browsed, it conveys the requisite tensions as your hand gripped feverishly onto the dial and you looped from left to right back and forth, deliberately scanning the mutable airwaves trying to lock down and summon bodies of sound from the ether.

Sometimes voices would converse on top of one another forming oppositional languages. At other times, amidst the interference and white noise, you might catch intrinsic glimpses of song you thought carried potential and, honing your focusing skills, with luck you reined them in. Harder still was recording those songs off the radio as they often came at unexceptional times, an air of chance guiding your fortune in capturing lightning in a bottle. Intros and outros would combine with the DJ’s voice, with ads and jingles and, as time passed and the songs were replayed, these extraneous additions became part of the song’s original structure in the collective memory.

Daniel Lopatin, who records as Oneohtrix Point Never, has often incorporated these fractional quasi-emotional signifiers in his work, but never so strikingly as on Magic Oneohtrix Point Never. Cross Talk 1, which starts proceedings, is the cordial sound of a reel-to-reel jingle coming to life, disseminating a bombastic message to listeners to Wake Up. Auto & Allo, which follows mere seconds after, is fortified with the sounds of a cassette being rewound and fast-forwarded, as if some unobserved listener is combing for a suitable activation point to continue broadcasting. The celestial narrator of the song even sings in a fragmented nursery rhyme tone “I don’t have a place to go” before the track segues into MOR city pop. Part of the album’s Drive Time Suite, it culminates with the track Long Road Home, with guest vocals by a yearning Caroline Polachek, processed to sound remarkably like Sufjan Stevens on his more electronic labours.

The next segment is fronted by a deteriorating sample of Howard Stern spouting an elegiac comparison of the disconnect between dreams and reality. It warps into a new age intonation about physical transmogrification. Any sense of linear narrative has been purposefully corrupted. Lopatin dispenses with radio’s interchangeable verse chorus verse format, instead replicating the labyrinthine ways the internet once promised formerly unreachable music might become graspable before being commoditised.

Imago has roots in the phasing vocal experiments of early minimalists like Steve Reich before it shudders and cascades into intersecting tributaries of static and a thread of Orientalism more associated with practitioners such as Ryuichi Sakamoto. On the track Answering Machine you find Lopatin forefronting the type of incidental music used as filler for corporate training videotapes. Wave Idea is a stew of echoing birdsong, cuckoo clocks and flute that melt into orgiastic church organ pulses. As chaotic as that should sound, it alternatively offers an instance for sympathetic consideration amidst the hyper attentive maelstrom it cocoons itself in.

At its core, it’s Lopatin distorting the mechanisms of listening to and researching sound, in order to facilitate retroactive analysis. Tracks like Bow Ecco and album closer Nothing’s Special find him dialling left and right across the competing stations of his career; from the video game inspired ambient cassettes he started out creating for friends, through to the Baroque, almost Oscar worthy, soundtracks that he’s now conceivably more recognised for, searching for the clearest explanation of his difficult sound. By making this record purposefully irregular, doleful and still boundlessly imaginative, as he portentously states in the last line discernible on the record: “I think that’s probably it.”