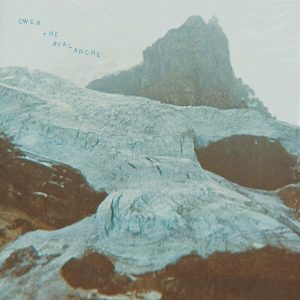 Mike Kinsella may not be a household name, but over the last 25 years or so, he’s proved himself to be one of the most prolific songwriters to come out of the United States. He’s had a variety of monikers, including Joan Of Arc, American Football and the name under which he’s released The Avalanche, which is simply Owen.

Kinsella is known as a major influence on emo music, and listening to The Avalanche, it’s easy to see why. It’s not so much the music – which, generally, is pleasantly jangly and warm – but the lyrics. Kinsella has obviously been through a tough time, and thinks nothing of wearing his heart on his sleeve throughout the album.

So, in Dead For Days for example we hear that “I’ve got friends that don’t know me, a wife that’s disowned me, you in concept only to miss, and I’ve been sober for over two weeks”. The Contours takes an unblinking look at loss, grief and therapy sessions, while Mom And Dead sees Kinsella lamenting that “I don’t know who I am without you”.

All of this is suitably set to a beautifully melancholic tone, produced by regular collaborator, the sometime Bon Iver member Sean Carey. A New Muse introduces the album with a blissful acoustic guitar motif, while the lovely I Should Have Known is distinguished by its use of piano, brass and a stirring string section. Sometimes, Kinsella keeps it simple (as on the acoustic lament Headphoned) while at other times, such as On With The Show, the sound is more lush. It’s a testament to Kinsella’s abilities that he can pull off both equally well.

On With The Show, in fact, is probably one of the best songs on the album – a stirring anthem which is one of the most upbeat numbers on display. Of course, that soon turns out to be an illusion – even by Kinsella’s standards, it’s one of his more self-lacerating songs, featuring a chorus of “on with the show, I’ve got a reputation of fucking up to uphold”, and talk of “the role I was born to fake, a crucified villain, middle-aged”. It may veer close to self-pity, but Kinsella and Carey’s production saves it from becoming too doomy.

The Avalanche may well end up just being too darn sad for a lot of people – while there are still traces of Kinsella’s humour to be found in some tracks, the overall experience can be pretty intense. However, it somehow never becomes depressing: Kinsella pours everything into these songs, and it feels more cathartic than a chore to listen to. Little touches like the reverb guitar and backing vocals of Cacie Delager on Mom And Dead or the closing I Go, Ego’s calm acceptance raise up Owen to a level above the usual navel-gazing male singer/songwriter shtick.

This isn’t an album to reach out and grab you, but rather one to turn to when times get hard – a reminder that, as another band sang some time back, everybody hurts, but that doesn’t have to be something to go through alone.

More on Owen
Owen – The Avalanche