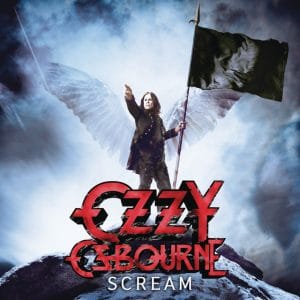 Back in the ’80s, Ozzy Osbourne was an outlandish rock star, infamously biting off a bat’s head during a concert. He has now become a vegan – no more munching on animals. Or drugs, for that matter – his abuse of which was such that, at age 61, even he is surprised he’s still alive and kicking, proclaiming himself to be a fearless warrior and a “medical miracle”.

But is the Black Sabbath star still the Prince of Darkness? Perhaps he’s rather a new and improved version of himself; a product of a reality TV show; an aging and recovering British rocker who shuffles about the house and says funny things to his wife and children.

When he sings “I’d rather die on my feet than live a life on my knees” on Fearless, a track featured on his new album Scream, Ozzy is making a vast declaration of independence from his past hells. His 2007 hit album, Black Rain, was an impressive return, and unexpectedly efficient. But on Scream, he seems to channel less darkness and more Wizard Of Oz.

Produced and written with Kevin Chunka, Scream was mostly recorded at Ozzy’s home studio, The Bunker. The first thing one notes on this 10th solo album is the absence of Zakk Wylde, with whom he has worked since 1988. He is replaced by Firewind‘s Gus G.

“I’m a rock star,” chants Ozzy on the get-go opener Let It Die. The track features banjo and serves as an introductory guide to Gus G’s guitar-playing, from high-pitched wailing riffs to staccato beats. Ozzy, like the tune, sounds eerie and sinister. Let Me Hear You Scream is a fast-paced fist-raising devil-horning anthem; “It’s do or die, only the strong survive,” is only one of the Ozzyisms scattered throughout the album.

“Life won’t wait for you,” he declares on Life Won’t Wait and urges us not to waste time. This rhythm-driven song highlights Rob Nicholson’s fat basslines, reminiscent of the sort often found in ’80s new wave. It gets interesting towards the end, descending into an old-school Ozzy rock underworld with downtuned guitar. But from here on, the album falls into safe mode, churning out tried-and-tested formulas.

Of course, no Ozzy album is complete without religious references to play off his satanic reputation of yore. Draggin’ Me Down questions Jesus, and in Crucify he declares “I’m gonna swear on the Bible while I’m feeding you lies.” The anthemic chorus of I Am Warrior is what the fans will scream to most. His voice has obviously undergone some technological makeover, but Ozzy has never been known for his vocal range but rather its delivery.

While Black Rain was a return to form, Scream is merely a formulaic collection of 30-year-old heavy metal clichés. Apart from bits here and there, it doesn’t go anywhere new. But on the other hand, it is still an impressive effort from an indomitable man. The 62-second closer I Love You All is a thank you to his fans; this is an album for them alone.