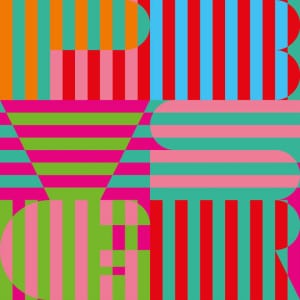 Panda Bear is dead, long live Panda Bear. The title of Noah Lennox’s fifth album, and some vague hints he’s given in interviews to promote it, suggests that he may be planning to retire his musical alter-ego and move onto pastures new. Of course, as any Tarot reader will tell you, death can also mean change, but there’s not too much on Panda Bear Meets The Grim Reaper which will startle long-term fans of the Animal Collective mainman.

For Lennox’s signature sound is perfected on Panda Bear Meets The Grim Reaper – a dreamy, hazy, psychedelic soundscape that can sound warm and comfortable one minute, before switching to eerie and portentous the next minute. And while nobody could accuse Lennox of becoming overtly commercial, there are some truly beautiful moments on this record, which helps to make it his most easily accessible album to date.

In fact, this could almost be seen as the spiritual successor to the twisted loops of Person Pitch or the pop sensibility of Animal Collective’s Merriweather Post Pavillion, rather than the band’s more obtuse moments like Sung Tongs. The album’s lead single Mr Noah begins with the howls of a pack of dogs, before settling down into a hard, driving rhythm with a typically hypnotic melody, which turns the repetition of the chorus into something quite mesmerising. Boys Latin performs a similar trick, contrasting Lennox’s sweet, almost choirboy, vocals with a grimy and dirty backdrop. As is often the case with Lennox, it’s unclear what he’s actually singing, but that hardly matters when the sound is as blissful as this.

When it does become clear what Lennox is singing about though, it hits doubly hard. The gorgeous Tropic Of Cancer is the album’s centrepoint, and is one of the best things he’s ever done. A sampled harp gently plucks away, as Lennox slowly reflects on his father’s death from cancer – “When they said he’s ill, laughed it off as if it’s no big deal…..now you won’t come back, you can’t come back” as Lennox mournfully sings. In the hands of anyone else, the sadness would almost be suffocating, but the track’s beautiful, almost celestial nature, turns it into a strangely uplifting listen.

By contrast, the seven-minute long Come To Your Senses is just a whole lot of fun, starting with a burst of ragged, discordant noise before settling down into a funky, lolloping groove, with a chorus of “are you mad? Yeah, I’m mad” raising a smile. Crosswords and the stabbing synths of Selfish Gene recall the sort of exquitise future-pop that Caribou perfected last year, while the cascading strings and pretty piano of Lonely Wanderer make for a beautiful wallow, the sort that co-producer Sonic Boom used to do so well in the early days of Spiritualized and Spaceman 3.

Panda Bear Meets The Grim Reaper is often blissful electronica for both the heart and the brain. It can take you dancing and then leave you breathless at a moment of beauty. Like much of Lennox’s material, it probably won’t be for everyone, and despite it being reasonably accessible, there are no crossover hits that are about to propel him into superstardom. If the Grim Reaper has indeed claimed Panda Bear, then Noah Lennox has given him a pretty damn good swansong.