Paolo Nutini – Sunny Side Up 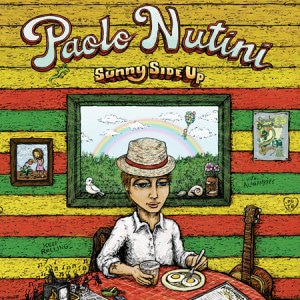 It must be difficult being Paolo Nutini. Your debut album was one of 2006’s slow burn successes, eventually selling over half a million copies in the UK alone, but as quickly as supermarket buyers snapped up These Streets you could feel the few scraps of critical goodwill it enjoyed slipping away.

Such is the fate of soulful, young singer-songwriters from these shores. James Morrison is another like-minded artist who has been in the firing line, understandably so – his second album is frankly awful.

So the question is whether Nutini can change critics’ perceptions while retaining his sizeable fanbase. Unfortunately, what the Paisley born artist has come up with on Sunny Side Up is baffling.

While These Streets was chock full of slick ballads and winning pop melodies, from a commercial and mainstream viewpoint the new album is an artistic folly on a grand scale. Secretly, Sunny Side Up is bonkers in a good old-fashioned English sense and Nutini’s devil may care attitude should be applauded by all right-minded lovers of artistic sidesteps.

10/10 opens the album up with a full-blown blast of old time reggae, with Nutini declaiming that “some people want to speed it up/in fact I want to slow it down”. As a summary of Sunny Side Up’s laidback, stoner philosophy it couldn’t really be put any better.

The opening track also introduces Nutini’s new style of singing, which sounds like he has aged 50 years since These Streets. Slurring like he has a mouth full of molasses, Nutini’s vocals are initially very discomfiting but gradually charm the open-minded listener into submission.

Coming Up Easy is the closest track in style to the debut, with its lolloping mid-tempo beat and swirling organ, although towards the end Nutini lets rip in a manner reminiscent of the old soul artists he so clearly worships.

Oddly, this is an album that steers closer to rootsier concerns than old Otis Redding recordings. Growing Up Beside You is the first of several overtly folk-influenced tracks, its gentle sway redolent of old sea shanties.

Even the single Candy starts off as a mid-tempo country rocker, albeit one that may just rescue this album by gaining some extended radio play. Typically, the few times it has been played on mainstream stations the extended and quite beautiful full rock workout that closes the track has been cruelly nipped in the bud. Don’t perplex the busy mums, Paolo.

After this highlight, Sunny Side Up swiftly moves into very esoteric territory. Tricks Of The Trade is a winning acoustic ballad but the mood is shattered by the faux-ragtime of Pencil Full Of Lead. When even the Pussycat Dolls can’t get away with flapper chic then Nutini should have left well alone.

Elsewhere on the second half of the album, we have the soft crooning shenanigans of No Other Way, the offbeat reggaeisms of High Hopes, Irish tin whistles on Chamber Music, and a good old fashioned country hoedown on Simple Things.

The one track that really connects is the penultimate Worried Man, an oddly endearing sing-along that also boasts the album’s best lyric. The stoic country melancholy of Keep Rolling plays Sunny Side Up out at a volume that will barely register with most Radio 1 listeners.

Who exactly will buy Sunny Side Up? Mainstream listeners run a mile at the slightest hint of musical eclecticism, while the hipper than thou indie kids are hardly likely to hear anything to tickle their fancy if they even bother to give the album a spin. What is left is a very small fanbase willing to indulge their hero’s artistic folly.