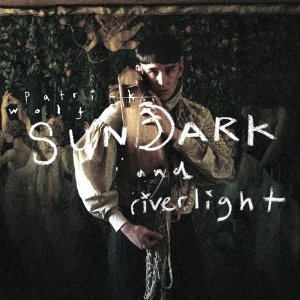 It can’t be easy, being Patrick Wolf. The more invention he pours into his records, the more heart and soul he pours into his lyrics, the more there is for the critic to judge and decide he or she doesn’t care for. Not keen on his new direction? We’ll knock off 0.4 for that. A strange sound that you’ve decided doesn’t “work”? Say goodbye to 0.2. And the critical attrition carries on and on until the artist and his record are stripped bare, leaving behind only unidentifiable bones.

In this light, his decision to release an acoustic retrospective to mark the 10-year anniversary of his career, replacing the electronic bells and whistles with pristine chamber orchestration, and the screams and sneers of the past with a polished and confident vocal performance, feels entirely understandable. By swinging capriciously between moods, genres, sexuality, and hair colour, his ability to write simple but devastatingly effective tunes has too often been overlooked.

No longer. Sundark And Riverlight presents the strongest possible evidence of his status as not just interesting or unique or inventive, but a songwriter of the highest standing. The album is divided into two halves, “sundark” for introspection (mostly early work or The Bachelor) and “riverlight” for optimism (mostly The Magic Position or Lupercalia) – and each adds up to an imposing whole.

The only real problem to be found is that of late, Wolf’s output has been less shy anyway, letting melodies sing free, loud, and clear. This means that the reinterpretations of songs like Overture, Together, and House will be less interesting to those familiar with the originals, as the riffs and refrains emerge exactly when expected, and the attempts to alter the arrangements begin to feel a little forced and aimless. Overture, in particular, sounds like an organised jam around its repeated sequence.

But it’s a minor niggle when the source material is so strong. You could give Bluebells to Beady Eye and not totally lose its charm. Here it is paired with Teignmouth in a masterly piece of sequencing – both songs offering autumnal escapes, the former through hibernation, the latter by migration. It ties together beautifully the long thin strands of his career, his restlessness and rootlessness all the clearer for it – and in Teignmouth’s simple chamber arrangement, exposes a tune so perfect it belongs on a cushion inside a thick glass case.

London picks out the distant church bell figure of the original and promotes it to a continual piano countermelody, with skittering, quavery violins undermining the background of baroque woodwind, and the Depeche Mode S&M of Vulture is transformed by unfamiliar piano chords into something like a torch song. But then, delightfully, that little button he presses whenever things might just be getting too palatable is activated, and a cheeky pillow-biting extra verse guarantees that nothing is ever completely sanitised in Wolf World.

For this is the central paradox of his career. At some level, he seems to believe he can be (or beat) a mainstream pop musician – and this album proves that he has all the tools and talent necessary. But something inside him also seems to believe that this is not his true calling, something that overrides the discipline, restraint, and compliance needed inside the the Death Star Of Pop. He’s an outsider – and the best thing about this marvellous compilation, however lush the sound and however catchy the melodies, is that it does absolutely nothing to change that.