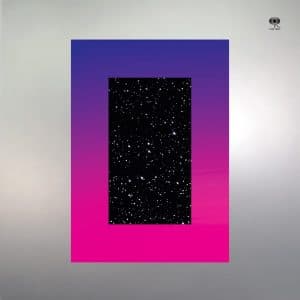 Paul Epworth is in a novel position where everyone has heard tracks that he’s produced, but few have heard of him, and even fewer could recognise his artistic fingerprints on a track. From the poppy electronica of Friendly Fires, to the bluesy stomp that characterises Adele’s Rolling In The Deep, to Maxïmo Park’s driving post-punk, Epworth’s versatility leaves a completely blank slate of expectations for this, his debut solo album.

What we get is an amalgamation of modern styles – some house, some trap, some mid-tempo disco – and tunes that are poppy without seeming all that concerned about tight, stream-friendly structures, plus an assortment of vocal guests whose performances are of varying quality. The record was made with a little help from Mike Dean, a similarly omnipresent yet underrated producer associated with Kanye West and Travis Scott, and at various points the structures and beat switches are reminiscent of a sterilised Travis Scott record.

The title track’s clicking and clacking rhythms get a nice groove going before synth chords rush in at a volume that shoots for cinematic but comes off garish. Hyperspace is more successful, with a bassy beat and rapid-fire hi-hats underpinning gorgeous electric piano and a trippy hook. The best guest appearance is the inimitable Ty Dolla $ign, with the same enigmatic lyric over two separate instrumentals (“I tried to forget about you, and keep on relaxing / letting go ain’t easy, letting go ain’t easy for me”), while some other vocalists end up sounding like imitations, eg. Bibi Bourelly’s Rihanna-esque deadpan, Ishmael’s Pharrell impression on Space Inc.

Epworth packs some interesting sonic tricks into this record, particularly the chaotic crescendo of interlude The Eternal Now, but overall Voyager doesn’t have the memorability or consistency to justify stepping into the limelight when semi-anonymity has served him so well.