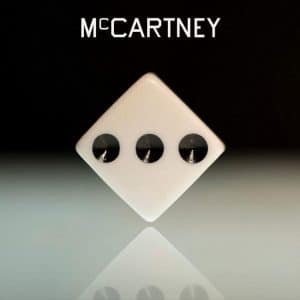 McCartney III, the latest in Paul McCartney‘s self-titled album series that spans 50 years, was created by the former Beatle alone at home is in many ways your archetypal lockdown album. It comes on the back of 1970’s McCartney I and 1980’s McCartney II and very much maintains the liberated, set-apart spirit that defined those records. McCartney plays all instruments on the album which sees him pursue various musical tangents, all of which are informed by a sense of relaxed playfulness. Reassuringly, despite the solitary nature of how the album was formed, quality control is in place and the resulting collection of 11 tracks proves a rewarding listen.

Opening track Long Tailed Winter Bird gives an indication of the different nature of what is to come. The guitars are rough and scratchy (not dissimilar to the sound on Valentine Day on the McCartney I album), the drumming is loose yet purposeful and what sounds like a small group of recorders at times quietly jostle for attention. It’s sparse, rudimentary and ‘alternative’ in a way that might initially test the casual listener but also is a sign of him putting some of his leftfield cards on the table.

Find My Way sees him move towards a more familiar sound as he sings of how “you never used to be afraid of days like these, but now you’re overwhelmed by your anxieties” over searing guitar lines and dynamic uplifts. On Women And Wives his age-embellished voice is notable, small frailties being exposed in a way not dissimilar to how they were in Johnny Cash’s voice when he sang Hurt by Nine Inch Nails. Much has been made of the lo-fi aesthetic and influence of McCartney I and McCartney II and Pretty Boys probably best continues this on this outing.

Deep Deep Feeling is more experimental and is consequently one of the standout tracks on the album, as esoteric backgrounds cede ground to alluring piano sequences. It might have the occasional clunky lyric but it’s more than made up for by the textured arrangements and the sense of mystery and journey that is sketched out along the way. Lavatory Lil offers contrast, featuring some mildly throwaway, light-hearted in-character silliness (that, to be fair, he’s done well all of his career). It’s arguably the only moment on the album that settles for something approaching a formulaic, lightly stomping ‘classic rock’ sound but probably serves as a useful counter-balance in broadening the album’s appeal and providing a more familiar point of reference to those that need it.

The angular guitars and pronounced riffage on Slidin’ results in the heaviest he’s sounded for some time but it’s quickly offset by the much softer, acoustic-centred The Kiss Of Venus which, not inappropriately, sees him sing of “the most harmonic sound” and “the sweet summer air”. Closely positioned tracks like these also bring to mind the stylistic zigzags of The Beatles’ White Album. Seize The Day is arguably the most straight down the middle, melodic Wings-y offering on the album and the track that seems to look backwards most, the ringing guitars sounding mildly nostalgic in places.

It wouldn’t be a McCartney album without some minor vocal affectations and Deep Down duly offers them up but they punch in a pleasing sort of way and, when he adds brass and synths into the mix, they once again expand the song in satisfying directions. It has a quietly boisterous air (“I’m gonna let you know that we can throw a party every night”) and further shows how McCartney III is an enjoyable pick ‘n’ mix of an album that doesn’t take itself too seriously but still delivers results. Winter Bird/When Winter Comes ends the album, the only track not conceived in lockdown (it was originally written in 1992 and mixed by George Martin). It’s a poignant exercise in McCartney acoustic simplicity very much in the Blackbird guise (or, maybe Junk from McCartney I, if we’re looking for an equivalent in the context of the trilogy of albums).

It helps confirm McCartney III to be an exuberant and heartening spin of the songwriting wheel, a carefree and not overthought documentation of how creativity can be harnessed and fledgling ideas brought to realisation More importantly, it’s a valuable addition to his catalogue that should provide happiness to many.