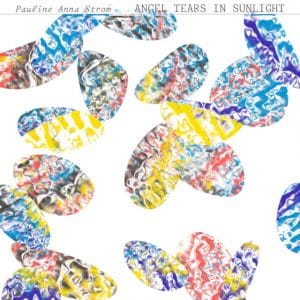 The accompanying video for Equatorial Sunrise, the seventh track on this new album by Pauline Anna Strom, opens with the composer talking to her label boss Matt Werth about the events that inspired it. Blind from birth, she was not being able to see the bright and deadly hues caused by the recent bushfires, which had lit up the Bay Area where she resided, but her soft charming voice intensely describes a volcanic orange sun rising from out of the darkness, transforming the planet into something green and lush and beautiful.

In the background a series of twinkling bleeps and hushed drum patterns begin their hypnotic ballet. If that melodic contemplation makes you think of the dreamlike intro of The Orb’s Little Fluffy Clouds, then you will have a small inkling of what to expect from this profoundly sacred ambient collection.

Strom’s first album of original material in three decades, this release is touched with sadness following the synth pioneer’s unexpected passing last December, aged 74. It’s particularly devastating as, following various hardships where she had been forced to sell her analogue equipment and stopped making music in the ’90s, she had recently purchased a digital rig and began composing again. The change in fortune and creative revival had been largely in response to the enthusiastic reception of the Trans-Millennia Music compilation, which RVNG Intl had put out in 2018. She was now spoken of alongside other groundbreaking artists such as Laurie Spiegel, Pauline Oliveros and Suzanne Ciani.

Adopting the name Trans-Millennia Consort, Strom released eight albums between 1982 and 1988; alternating between bleak vampiric drones and ecologically focused New Age minimalism, with titles such as Aquatic Realms and Japanese Impressions. Strom herself was never a fan of the term New Age, considering it a pejorative epithet, too wishy washy and its practitioners too fey in comparison with her directness. In the moving Instagram post announcing her passing, Werth noted her “concurrently cantankerous and compassionate spirit” and that duality was prevalent in every aspect of her life, be it in the divergent nature of her always expansive music or in the names of her two beloved pet iguanas, Little Soulstice and Miss Huff.

Those prehistoric roommates and their exotic ancestry appear to have been her enduring muse as they show up on Angel Tears In Sunlight in the hallucinogenic promo clip for Marking Time, and are later referenced on Small Reptiles on the Forest Floor, whose skittish inquisitive nature perfectly captures the creatures outgoing and humorous energy. The Pulsation, its wondrous polyrhythms recalling Steve Reich’s early experiments with African drumming, transplants you mid ritual within some deep uncharted village, whilst on Tropical Convergence you get carried to a murky jungle as it emerges from a rain shower, and Temple Gardens At Midnight is mapped out with otherworldly birdsong and moonlit distant animal calls.

Throughout her career Strom, somewhat of a hermit herself, excelled at conjuring up expansive sound worlds, generating mesmerising interpretations of vistas she wished to escape to, both real and fantastic. In an interview once, she admitted, “I see things in my head. I dream in colour”. This posthumous addition to her near perfect catalogue confirms that statement, expertly revealing how attuned to the universe she was and how vibrantly her imagination shone in the dark.