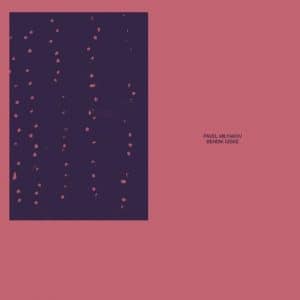 The inimitable eruption of sound on Pavel Milyakov & Bendik Giske’s untitled new album has the honour of being the first release to be put out on Smalltown Supersound’s new sub label Le Jazz Non. Avant jazz fans will recognise the name from the compilation of Norwegian artists put out 20 years ago by the cult label, and avant rock fans will also no doubt rush to tell you that it was a tribute to the album of the same name, that came out five years earlier on the tiny independent New Zealand label Corpus Hermeticum, run by Bruce Russell of feedback gods The Dead C.

Living in Moscow, Pavel Milyakov made a name for himself in his homeland as a producer extraordinaire under the nom de plume Buttechno. His humorous but intense albums badtrip and Cherskogo Drive solidified him as somebody willing to stretch the parameters of acceptable noise. His techno and strongly ambient work under his own name drew the attention of Berlin based saxophonist Giske. Coming on the heels of Giske’s 2019 debut Surrender, this ambitious collaboration finds the pair navigating complex power relations to stimulate and draw out new and uncertain aspects of their individual practice.

Decision making in any artistic collaboration is often the exact point where a project falters. Add to that the issue of inaccessibility that comes from living in different cities, and you have a potential recipe for disaster. Thankfully that was not an issue for the duo. As Giske explains, “Every piece I got from Pavel was in its own right a distinct take on the possibilities of my instrument’s sonic qualities and the elements I had sent him.” Creating a critical and musical feedback loop without sacrificing their own spontaneous vision, they tap into the physiological and emotional freedoms at the heart of free noise.

The haunting shreds of high frequency saxophone that circulate and come untethered throughout Untitled 1 hint at the pull the musicians feel to break from monotony, whilst the undulating glitches of Untitled 3 serve as benchmarks of a compartmentalised if disorderly existence. Then on the soft visceral roar of Untitled 4 they each confidently devise aesthetic minutiae that the other can build upon. Elsewhere ghostly fluctuating rings loiter within the earthly deliberations of Untitled 6, providing notions of emotional departure and distorted self-image.

Alternating responsibility for providing sensorial intensity on the record, be it through the smouldering shrieks of Giske’s instrument or the gurgling endurances of Milyakov’s electronic confrontations, the album dazzles as it moves its gravitational field from near masochistic face melting intensity to exhilaratingly frictionless digital meanderings. On the flipside of that original Le Jazz Non compilation was stamped a quote from minimalist composer John Cage that read: “New music: new listening. Not an attempt to understand something that is being said, for, if something were being said the sounds would be given the shape of words. Just an attention to the activity of sounds.” It’s time to pay attention.