by Ben Hogwood
published: 9 May 2017 in Album Reviews
Tweet 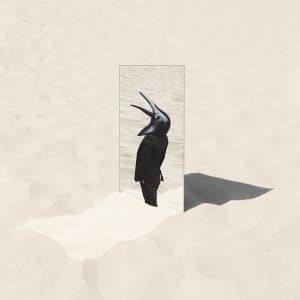 With their second album, the new incarnation of Penguin Cafe look to assert their musical identity. The transition from father to son, removing the word ‘Orchestra’ from the band’s name in the process, is a rather lovely equivalent to the handing down of the family business, and on this evidence the musical legacy of the late Simon Jeffes, has left its mark on his son, Arthur.

He’s finding an ever-clearer voice in his own compositions, though, and the ensemble’s move to Erased Tapes looks set to bring that out fully over the coming years. For now, The Imperfect Sea – its title taken from a saying of Simon’s – is notable for the strength of its melodic ideas, the craft of its musical composition and the beauty of its orchestration.

The Imperfect Sea contains music that can be heard on several levels. As a background soundtrack it is colourful, interesting and always evolving, but to listen to the music like this does it a disservice. For the best possible experience try on headphones or surround sound, where the subtleties of the arrangements can be fully revealed.

The album is built on the concept of a penguin stranded in the desert and struggling to adapt to its surroundings. Musically this is strongly characterised in Rescue, which begins as a brooding, darkly shaded score, the creature clearly in peril. Gradually it opens out into the sweeping strings of the rescue itself, but the music has a much more powerful reach than the subject suggests it should.

Even the interlude, Control 1, has emotional depth. It is essentially a drone with string tremolos above, but then a remote piano chimes in, softly and beautifully. The first two tracks, Ricercar and Cantorum, indicate the influence of Renaissance and Baroque music in their construction, and are ideally balanced. The former has a lovely legato violin line, developing gradually as it progresses, while Cantorum is notable for exploiting the lovely, rough timbre of the double bass. The press release for The Imperfect Sea talks of a recognition that imperfections and tiny ‘randomnesses’ make up the best parts – and this is one such example.

There are cover versions too, imperceptibly brought in to the overall whole. A gorgeous take on Kraftwerk’s Franz Schubert is introduced over the drone of what sounds like a harmonium. The closing Wheels Within Wheels, a Simian Mobile Disco original, is reinvented with tuned percussion and a full bodied string section. Meanwhile, Now Nothing (Rock Music), a Penguin Cafe Orchestra original, has an improvisatory piano that expands to fill a large space.

Each of the nine tracks on this album has its own distinct identity, combining to make a substantial whole. Half Century is a brightly coloured exploration of tuned percussion and harmonium, while Protection has a strong Celtic flavour, cleverly integrated without compromise. The blast of a strong sea breeze is almost unavoidable.

This is a beautiful album, a lovely complement to the best of the Penguin Cafe Orchestra and a strong statement on the part of the new generation, reaching greater emotional depths and expanding the structures impressively. The penguin isn’t out of its comfort zone after all.