by Helen Clarke
published: 16 May 2017 in Album Reviews
Tweet 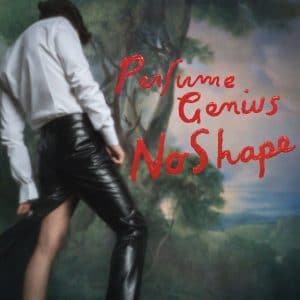 It’s fair to say that Mike Hadreas – aka Perfume Genius – isn’t familiar with subtlety. He’s high drama, heart proffering and emotion-soaked to his core. Listening to his previous three records is akin to going to an intimate spoken word night – those ones where you’re practically sitting on the performer and they eyeball you and splatter you with flecks of spit as their deepest thoughts come tumbling out all over you. Self-loathing, abject fear, loss, longing – to say he bears his soul is an understatement. In recent years though, in the run up to this album, things have changed for him. Big time. But what happens when the confessional artist finds contentment?

In Hadreas’s case it sounds like he’s reached a fulfilment, both personally and musically. It’s undoubtedly his greatest record yet, but it’s still a bit spiky, as though everything he’s been through and shared with the world is peering over his shoulder. He’s over it, but it’s only ever a heartbeat away. He’s had a horrific time. Violence and homophobia, addiction and relapse. These themes characterised his first records. His 2010 debut, Learning, and 2012’s Put Your Back N 2 It can be hard to listen to. Harrowingly personal lyrics delivered in his distinctive, wavering voice laid over stark, reflective lo-fi music with unsettling melodies. It had all the ingredients to earn him a cult following, and that’s exactly what it did.

With his third record he edged slowly towards the mainstream, but with No Shape, he might just have snuck in. Now sober and settled down, it feels like this is his natural home; his previous records were part of a cathartic process, almost medicinal, to help him reach this point. Compare the caustic: “No family is safe when I sashay,” he spat on Too Bright’s stand-out track Queen with the manner in which he expends his energy this time around, paying tender homage to his partner and collaborator, Alan Wyfells – via the record’s last track, Alan. Lusciously orchestral, it’s tender but with speckles of darkness, like he’s afraid to throw himself completely in. It’s almost timid despite its grandiosity. “Rest easy now, I’m here,” he purrs, before reflecting: “How weird.”

No Shape is awkward, full of weird sounds that shouldn’t fit together but do. A near falsetto vocal floats above huge, dramatic chamber sounds, while quivering, tearful purrs flit around chunky electro. It feels lazy to reference Prince, but there are moments when that bonkers, spacey sound really comes out. Go Ahead is a perfect case in point; it could believably be a lost track from his archive. This record feels like the next chapter; the cautiously content album that follows the scared and the angry, although we get the feeling this is not the last in a trilogy of the eras of Perfume Genius.