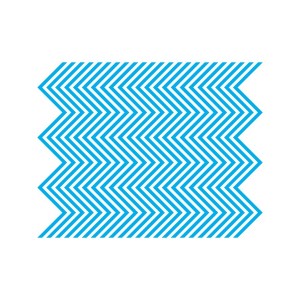 “After being for so many years/the life and soul of the party/it’s weird – I’m invisible”. So went Invisible, the first teaser released for Pet Shop Boys’ 2012 album Elysium. The line could inadvertently serve as the album’s epitaph. Clearly striving for a stately and elegiac tone, its limp bloodlessness instead was typical of what became their most ignored album. For the first time in their long career, Pet Shop Boys seemed truly irrelevant and rumours of their imminent retirement (fuelled in large part, it must be said, by Elysium’s resigned lyrics) took hold. Perhaps in anticipation of the album’s response, Neil Tennant in interviews at the time promised a swift follow-up which would take Pet Shop Boys back to their roots. So, a little later than planned, we have Electric.

If we hadn’t been given such advance notice of this album, everything about it would seem like the obligatory ‘comeback’ album which artists release after a maligned period. It’s even produced by Stuart Price, most famous of course for helming Madonna’s Confessions On A Dance Floor which returned her to club land (and 10 million sales) following the commercial disaster that was American Life. As that album did with Madonna, Electric clearly aims to make Pet Shop Boys once again current and vital while paying homage to their imperial past.

The initial teaser (and opening track) Axis is in almost every way an exact opposite of Invisible. Strongly evoking Relentless (the bonus disc of dance tracks which accompanied limited editions of 1993’s Very) as well as Giorgio Moroder and Harold Faltermeyer’s Axel F, its pulsating italo-disco is a fireball of energy which quickly destroys any notion that Pet Shop Boys were ageing into graceful, dull sombreness. If it sounds like a love letter to the early ’80s dance music which first brought the duo together, its counterpoint closing track Vocal makes the connection clear. Over synths so towering that they would make Calvin Harris blush, Neil Tennant sings an ode both to the communal power of dance music and to the people who have huddled around its ‘warmth’. “Everything about tonight feels right and so young,” he sings, noting that “everyone I hoped would be around has come along”. It sounds like nothing so much as dance heaven, an invocation of the transcendent euphoria which can take hold when dancing to brilliant music with people you love. Indeed, the line “the feeling of the ones around us all is so strong” suggests not only a heaving dance floor but a visitation by the ghosts of dance floors past.

This emotional resonance transforms Bruce Springsteen’s The Last To Die, following in the footsteps of Always On My Mind and Where The Streets Have No Name as songs by iconic rock artists given the Pet Shop Boys treatment. Springsteen’s original is a weary and angry howl at the futility of the Iraq war but in this context, where the dance floors of New York in 1982 are never far from the mind, the chorus lines of “Who’ll be the last to die for a mistake/ Whose blood will spill, whose heart will break?” take on new implications. By the time you reach aforementioned Vocal it’s difficult not to think that many of the people Tennant feels around him are the ones he has in mind when he sings Springsteen’s “We don’t measure the blood we’ve drawn anymore – we just stack the bodies outside the door”. It’s an astounding reinterpretation which takes an already great song to new heights.

The dark noir of Flourescent and aggressive techno of Shouting In The Evening both continue Electric’s love affair with the club, but here we also find some of the best pop songs Pet Shop Boys have written in an age. Bolshy is a dynamic joy, bouncing along and unfolding magnificently. The opening strings of Love Is A Bourgeois Construct inevitably bring Introspective’s Left to My Own Devices to mind, and that favoured Pet Shop Boys trope of a male choir also pops up but, remarkably, the song is not left wanting as a result. It’s truly magnificent pop – hooked on Michael Nyman‘s Chasing Sheep Is Best Left To Shepherds, from his soundtrack to the Peter Greenaway film The Draughtsman’s Contract – that finds Pet Shop Boys seemingly effortlessly relocating the savvy of their peak, positively exploding with ideas while being irresistibly enjoyable. If this song most obviously fits the classic Pet Shop Boys template, the Example-featuring Thursday updates it wonderfully. It’s a proper big pop song – melodic, emotional, euphoric – which today’s boy bands would do well to take notice of.

Indeed, Electric finds Pet Shop Boys more daring and accomplished than most pop stars half their age. ‘Back to basics’ albums can be a risky affair, invoking past glories which it’s difficult not to be in the shadow of, yet as Kylie Minogue found when she “found a new direction – and it leads back to me” on Light Years, playing to your strengths can also provide unexpected artistic rebirth. This is the most essential album Pet Shop Boys have made in 20 years and if we were to pick any of its lyrics as a future epitaph then “what a feeling – shouting in the evening” serves the purpose well. Here are two middle-aged men who are most assuredly raging against the dying of the light.