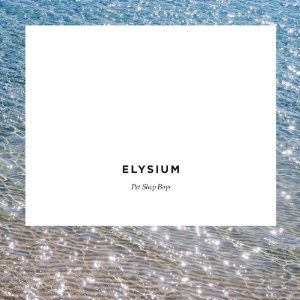 Acclaimed producer/engineer Andrew Dawson is a fascinating collaborative partner for the Pet Shop Boys. Whereas recent PSBs records have seen contributions from artists firmly grounded in the pop oeuvre – Trevor Horn, Xenomania – Dawson made his name engineering records for the whole gamut of American hip-hop and R&B, ranging from John Legend to Nas and Jay-Z. Production duties on Kanye West‘s My Beautiful Dark Twisted Fantasy followed. And while any trace cross-pollination from Dawson’s urban background to the latest Pet Shop Boys’ latest effort Elysium is minimally subtle, there’s an awareness of the duo’s past that shines through in a seamless blend between the contemporary and nostalgic.

The record’s opener, Leaving, is excellent. So completely full of the Pet Shop Boys ‘essence’; cool, stylish, dispassionate; as Neil Tennant delivers a disconnected refrain that “our love is dead”. The equally magnificent Invisible follows along similar lines – suffused with the same notion of aloof, spacious ambivalence. Caught in a barely tangible limbo between vintage Moby and the lush orchestrations of the duo’s 1990 masterpiece Behaviour, Invisible presents Elysium’s most arresting, enchanting moment by far – a very boutique, British kind of tranquillity.

But with this initial framework laid down, the rest of the album never materialises in the way you’d quite hope it would. Breathing Space and Give It A Go feel typically characteristic of this, set adrift in a no man’s land that ends up feeling uncomfortably close to the nadir of the duo’s career, 2002’s Release. Working in feather-light acoustic elements and airy backing vocals, it’s hard at times to shake off the feeling – album title included – that all this is the Pet Shop Boys ‘doing chillout’. Not inherently bad per se, but more often than not, it feels more reminiscent of some high-street spa outlet than an artistic statement.

The record’s lead single, Winner, for all that it excelled at tapping into the Olympic spirit, ultimately ends up sounding like a poor man’s Jealousy. Likewise, Your Early Stuff feels like a flaccid attempt to recreate the scathing sarcasm of Yesterday, When I Was Mad. The Pet Shop Boys have done the whole self-observational humour for years now; but here, backed by a mellow, gloomy haze of electronics, it lacks the flippant, up-beat charm of, ironically, ‘their early stuff’. 2009’s Yes succeeded so magnanimously because it paired that inherent buoyancy of the Pet Shop Boys aesthetic with all the gleaming, futuristic potential the Xenomania production could afford them. In so many parts of Elysium, it’s as if the whole PSB/Dawson symbiosis has been sucked dry and cast aside; always presenting an utterly immaculate exterior, but with a shelled-out, hollow interior.

At its best, Elysium is a striking work of maturity from a group that, as the Olympic closing ceremony proved, have remained an enduring champion of inherently British pop music. But equally, in its more ill-judged moments, Elysium feels like the duo parodying themselves; sad, as it leaves the record with the unfortunate honour of being the second worst Pet Shop Boys album (beaten only by the lamentable Release). Still, saying that, being as it is a Pet Shop Boys album, it remains an accomplished piece of work in its own right.

When you’ve set the bar as high as Tennant and Chris Lowe continuously have throughout their career, simply being ‘not quite as good as the rest’ perhaps absolves Elysium of many of its sins, and following Yes was always going to be insurmountably difficult. To be fair, if Elysium is tainted by a slight tang of disappointment, it is a disappointment tempered in part by its recalling of Behaviour. The lasting impression remains one of an unruly middle child, difficult to love, but unmistakably bearing choice hallmarks of its older siblings. And for all that it might seek and fail to excel, it offers a kind of familiar comfort, all the same.