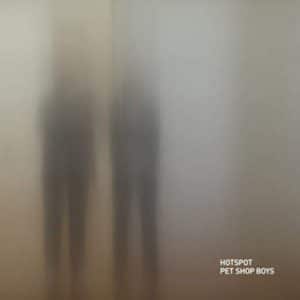 The third in a trilogy of Pet Shop Boys records produced by Stuart Price (Jacques Lu Cont, Thin White Duke, various other aliases and groups), Hotspot eschews the social commentary of Super, while being on the whole less clubby than Electric, making for a record of uptempo poppy tracks and introspective slow-burners that sometimes lacks coherence as an album but is mostly enjoyable regardless.

The record starts on a high with Will-O-The-Wisp, a dance-pop tune about a chance encounter with an old flame – think The Pop Kids Pt. II. It’s all monologue, no dialogue, as our protagonist reminisces about years gone by and wonders what their life is like these days (“maybe you’ve gone respectable / with a wife and job and all that / working for the local government / and living in a rented flat”), an infectiously bouncy synth riff the icing on the cake.

Happy People is a pleasing slice of vintage house, piano stabs ricocheting off syncopated bass riffs as the drum machine keeps things pushing forward, while Monkey Business delves into disco for a tune that’s uncharacteristically silly in tone. Only The Dark sparkles with an ’80s sheen so dazzling it’s practically retrowave, coupled with note-perfect songwriting, and Dreamland works brilliantly as a collaboration with Years & Years. These moments are right up there with the rest of the trilogy, but it’s not all plain sailing.

The album becomes more patchy in the last stretch, Burning The Heather, the only track not recorded in Berlin, comes across as surprisingly generic with Bernard Butler‘s guitar-led plod. Closing track Wedding In Berlin fuses a club track and Mendelssohn’s Wedding March, a well-produced manifestation of a truly awful song idea, and the uninspired lyrics fail to add anything to the proceedings (“We’re getting married because we love each other / we’re getting married today”). These are bad instincts that Tennant and Lowe have mostly managed to suppress since 2012’s Elysium, and it’s a shame that the Price era has become affected by them in its last hurrah.

It’s possible that the aforementioned in-between quality of Hotspot is linked to a lack of direction: after all, would Pet Shop Boys and Stuart Price have felt the need to reunite had there not been an already-announced trilogy to complete? That being said, there are still more than enough highlights on Hotspot to make the record worthwhile, and when they put their mind to it Tennant and Lowe’s wordsmithery is still as sharp as ever.