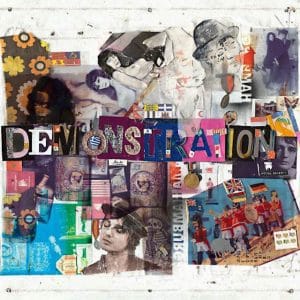 More than seven years have passed since Peter Doherty released his last – and very first – solo album. Since Grace/Wastelands came out in 2009, two significant things have changed in the world of one of the most unpredictable, but hugely talented, musicians around. One of Doherty’s closest friends, the iconic Amy Winehouse, passed away, and he was reunited with the band he made his name with, The Libertines.

Unsurprisingly, both of these significant life events have had an impact on his second solo effort, Hamburg Demonstrations. As was the case with the first Libertines album in more than a decade, Anthems For Doomed Youth, Doherty’s latest record has a clear and very poignant sense of nostalgia that envelopes its 40-minute runtime. In fact, in these times of political turmoil and uncertainty, Doherty’s soothing poetry is positively calming.

There is nothing here that is dramatically different to what he offered on his debut solo album, but the end result is charming and beautifully comforting nonetheless. It is also his most personal record to date – something Doherty has admitted himself. “There aren’t a lot of 100 percent Doherty compositions but this record is,” he said, ahead of its release. All of his past troubles get an airing, and Hamburg Demonstrations is all the better for it.

Kolly Kipper kicks everything off in typically Doherty style. It sounds like something he came up with during an impromptu five-minute strum of the acoustic guitar, yet it still has a joyous ease that is aided by a jaunty piano melody. Down For The Outing is much darker lyrically, even if the lackadaisical instrumentation suggests otherwise (“Ah, Britannia somehow she was saved/ Britannia raped by all the slaves/ raping all the slaves.”)

The record really finds its feet on Birdcage, though, where Doherty and Winehouse cross paths for the first time. The song has been doing the rounds for four years, with the lyrics written by Winehouse before her untimely death. Its message about the “sickness of celebrity” is incredibly pertinent to her story and while it would have been fascinating to hear the pair together, Suzi Martin does a fine job in Winehouse’s absence.

Then there’s the centrepiece of the album, the gorgeous Flags From The Old Regime. Once again, Winehouse is the inspiration, with Doherty penning the song as a tribute to his fallen comrade. While it has gone through some minor changes since its first airing in 2011, there is no purer example of his songwriting talent. Lyrically, it’s a masterpiece and Doherty’s raw vocals only add to the tragedy (“You have to stand up there in front of the whole wide world/ and you don’t feel them songs no more.”)

It is this heartfelt sincerity that marks Doherty out from other songwriters. Whether it’s the stripped-back instrumentation or the lyrical message, it feels and sounds like he really means it. However, it wouldn’t be a Doherty record if there weren’t a few head-scratching decisions. The different versions of I Don’t Love Anyone are a prime example of this, with the same song featuring twice in slightly tweaked renditions.

The first version (actually titled V2) is a wonderfully wistful, retro ballad, while the second coming of the song is beefed up and completely unnecessary. Hell To Pay At Gates Of Heaven also falls flat due to its shambolic construction, yet these are only minor gripes in the grand scheme of things, with the quirky duo of Oily Boker and The Whole World Is Our Playground getting the Albion ship back on course as the record enters the home straight.

She Is Far closes Hamburg Demonstrations with another slice of melancholy, albeit one tinged with hope. And it is that contrast which sums up the record as a whole. Doherty has certainly been through his fair share of up and downs during his career, but he has never lost his faith in love and music (to quote The Libertines’ Good Old Days). He is an old fashioned romantic at heart and his message remains as relevant as ever here.