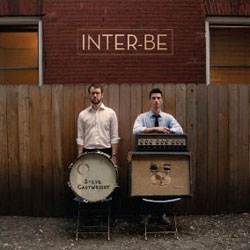 Writer’s block is like wandering through an endless desert. Feelings of frustration build up and emotions of yore resurface before you stumble upon an oasis and your barren page fills up. This is what happened to Peter Pisano. After the Minneapolis-based singer-songwriter took a break from his band War Of 1812, he went through a dry spell. But this creative draught proved to be a transition period, for he rapidly penned a series of songs, called his pal Brian Moen and together they formed Peter Wolf Crier.

Like War Of 1812, country blues steers the music, but Peter Wolf Crier is grittier and somewhat rough around the edges. Pisano’s songwriting is plainspoken and understated. Instead of going over the top, he offers a sonic landscape of meticulous melodies sung with a tragedy in his voice and agony in his delivery.

Opener Crutch & Cane is a lo-fi pop concoction where he yearns for his childhood days. The rest of the album is an attempt to move on. Hard As Nails is a visceral piece that creates atmosphere and builds intimacy, even as it gradually picks up pace punctuated by Moen’s percussion and accessorized with haunting wails. In fact, there is a lot of wailing on Inter-Be.

This is indeed a cathartic opus for Pisano. The route to creative output was rough and Inter-Be recalls that rocky road he travelled along. His emotions are omnipresent, whether in the fevered wails of his own voice or that of the instruments. The lyrics are often as distressed as the guitar. Down Down Down is a polished descent into a sorrowful psyche, but Untitled 101 picks up the mood and the pace gracefully.

But the emotional substance is often eclipsed by all the distortions. The musical form is constructed through simple acoustics and interpreted with layers of instrumentation. Sometimes it’s a beautiful gradation (You’re So High), but on a few occasions they merely weave an intricate musical mesh that is too labyrinthine to grasp (For Now).

Inter-Be is ambient at times (Lion) and more bluesy (Saturday Night) at others, emphasized with the plucky guitar that gives the songs a bucolic element (Demo 01). But mostly it’s a chord and a beat. And for the most part, they’re all that’s needed.