Petula Clark – Lost In You 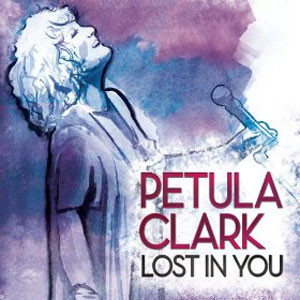 Given the combination of her relocation to Switzerland and the fact that it’s been many years since she troubled the charts here, it’s tempting to lump a new album from Petula Clark in with the many surprising comebacks which 2013 has already thrown up (David Bowie, Justin Timberlake and My Bloody Valentine to name but three).

Yet if she’s been off our radar for some time she certainly hasn’t been idle, touring the world and releasing music varying from Christmas collections to French-language albums. Nonetheless, as Clark’s first English-language album of new material in many years, Lost In You is an intriguing prospect.

The fact that Clark has been in the entertainment industry since 1942 and recording since 1949 is mind-boggling and this longevity, which has seen her sell close to 70 million records, demands our respect. However respect doesn’t ensure good music and in a career which has (it’s safe to say) had its peaks and troughs it’s difficult to anticipate what the now-80 year-old Clark would offer. We need only look to her peers Shirley Bassey and Tom Jones, however, to see that broadly-speaking there have been four paths laid out for veteran singers once their greatest successes are behind them: record cover versions; re-interpret the classic hits; self-consciously go ‘back to basics’ and play to your strengths or, most strikingly, go for broke and completely overhaul your sound in line with current trends. In a cheeky hedging of bets, Lost In You finds Clark doing all four.

The album opener Cut Copy Me is a shock, being unrecognisable as a Petula Clark song – in fact it wouldn’t be a stretch to say that its simple beat and wistful acoustic guitar riff recalls alternative acts such as Broken Social Scene. Clark’s voice, heavily processed, has a languid air which fits perfectly with the track’s dreamy, yearning ambiance. As reinventions go it’s not as striking as, say, Cher’s Believe but it’s still a revelation. It’s almost a shame when the subsequent title track takes us onto more traditional ballad territory but, even so, the nagging piano line which drives the song is heavily reminiscent of Adele’s recent updates of the classic British soul which Clark had such success with.

Here, as on most of the album, Clark’s voice is cracked and frayed at the edges but still recognisable – if anything, the aged quality lends an affectionate air of experience to the songs. This is most obvious on a re-recording of Clark’s signature hit Downtown: already a song loaded with melancholy, the stately version here acquires new meaning with its weary but amiable delivery summoning forth powerful nostalgia and the sense of someone fondly remembering their youth. Indeed, this theme is made explicit in Reflections, one of three songs Clark co-wrote and a sentimental tribute to her childhood spent singing in church in Wales (complete with organ accompaniment).

Feeding into this trip down memory lane are two covers of evergreen classics: John Lennon’s Imagine and Elvis Presley’s Love Me Tender. As the press release emphasises, both have particular personal resonance with Clark (Lennon stating that she was one of his favourite singers and Elvis counting her as a friend) but, in truth, both songs have been recorded so many times that it’s nigh-impossible to dig out new power from them; the versions here are serviceable but not compelling. A stab at the Gershwin standard He Loves and She Loves is plodding and uninspired but far more successful (and surprising) is a take on Gnarls Barkley’s 2006 smash Crazy, which is transformed into a strident country ballad.

As you may have gathered, Lost in You is a musically schizophrenic album. If it has one core strength, however, it’s that its original material is uniformly enjoyable. Never Enough, another Clark co-write, is a confident and anthemic country-tinged triumph which finds her astutely singing “some people stay the same but i’m shifting and re-arranging.” Next To You and Every Word You Say, meanwhile, are two moody and atmospheric numbers which could almost have been written in the 60s.

Cut Copy Me aside, there is little about Lost In You which will surprise but, on the whole, it’s far better than could perhaps have been expected. Clark has every right to rest on her laurels but shows no signs of slowing down, once again going on tour to support the record. The album makes it clear why she keeps going – it’s messy and unfocused at times but is infused with the passion and spark of someone who deeply loves music and is to be applauded for her continued risk-taking.