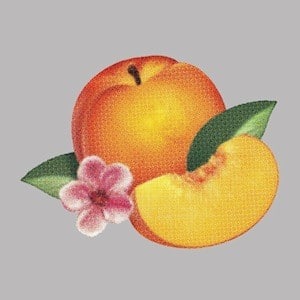 In an age of overnight sensations, it’s heartening to pay attention to the story of Phoenix. The Parisian quartet remained resolutely under the radar for the best part of a decade, only known to the most dedicated fan of French pop and anybody who paid attention to soundtracks to Sophia Coppola movies. Then, in 2009, came Wolfgang Amadeus Phoenix, two irresistible, near ubiquitous singles in 1901 and Lisztomania, chart success and Grammy awards. Yet they still remained so unutterably cool that Daft Punk probably do actually play at their house.

Bankrupt! has been four long years in the making, but from the very first notes of opening track Entertainment, it’s clear that the wait hasn’t been down to creative problems. They’ve taken what made Wolfgang Amadeus Phoenix so brilliant, turned it up to 10, and then added a few new twists to create one of the most effortlessly enjoyable albums you’re likely to hear all year.

Entertainment sets the template right from the start, beginning uncannily like David Bowie‘s China Girl before exploding into a barrage of overlaid synths and filled with the sort of energy that makes you want to break into a jog as soon as you hear it. Thomas Mars sounds both ebullient and wistful simultaneously, and by the time some massed choral vocals break into song, the euphoria levels are set to bursting.

There are plenty of instances like that scattered through the album – the plaintive cry of “Put my name on your list!” in SOS In Bell Air, the exhilarating, pounding drums of Don’t, and the gorgeous, reflective air of Trying To Be Cool. The upbeat moments are perfectly counterbalanced by the more laid-back ones – the title track is a seven minute synth sprawl that sounds like a sequel to the first part of Love Like A Sunset, while both Bourgeois and the laid-back Drakkar Noir are beautifully restrained slices of easy-listening without slipping into bland MOR.

The second half of Bankrupt! is less immediate but reveals deeper layers with each listen. The lush keyboard chords of Chloroform may reference compatriots like Air and M83, but seems to draw on a deeper well of sadness, with a lilting chorus of “My love, my love, my love is cruel”. That’s followed by the furious tempo of Don’t, which is slightly reminiscent of Yeasayer‘s Mondegreen, conjuring up the same air of delirious abandon that all the best Phoenix songs seem to invoke.

Oblique City closes proceedings, a less frantic cousin of Entertainment with another barrage of overlaid synth riffs, and mysterious lyrics about Coca-Cola. It’s a calming ending to an album full of off-kilter, strange pop songs, the sort that Phoenix do so well. It may have been four years in the making, but it’s certainly been well worth waiting for.