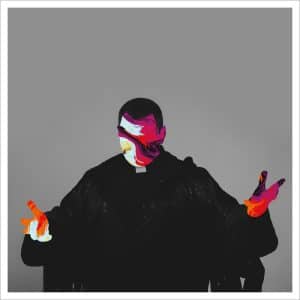 Possessors of perhaps the greatest ever porcine band name, Pigs Pigs Pigs Pigs Pigs Pigs Pigs are every bit as ridiculous and overblown as their moniker suggests. If only it were possible to collect each band member in a perfect porcelain pig form; it’s a merch opportunity missed for sure. Still, the release of Feed The Rats is worth noting, because Pigsx7 have been creating something of a stir for a little while now – and they’re ready to deliver on their early promise.

Their set at last year’s Supernormal Festival was one of the highlights of not just that line-up, but the festival’s entire history. In the live arena they’re intense, hypnotic and remarkably driven. Capable of creating a nodding blissed out hive mind experience within seconds, capturing that kind of chemistry on record is no easy task, but with Feed The Rats, they seem to have done just that.

Consisting of just three tracks, Feed The Rats somehow manages to stretch out beyond the 40 minute mark. The second track, Sweet Relief, is a mere blip, lasting just four minutes, but it is surround be two gargantuan slabs of bloody minded stoner rock that not only conjure up the history of metal, but take it on a mind expanding journey.

There’s no getting away from Pigsx7 roots, their riffs and song structures owe a considerable debt to Black Sabbath and the spirit of Tony Iommi is cast over the album. Still, if you’re going to Feed The Rats, you might as well find someone that’ll give them salad. Whilst the Sabbath influence is strong, Pigsx7 take the sound that informed the likes of The Wizard or NIB and put it on the rack. They stretch it out, indulge in repetition, layer up squalls of noise, and extend their jams out beyond the point of reason.

Psychopomp, the track that opens the album, kicks off with a relentless rolling groove as vocalist Matt Baty howls like it’s the end of days. From there things go a little bit psychedelic as the band slows to a crawl, before Baty, who must have been on a long, dark exploration of the soul, rejoins to declare “I am the DEMON, I AM THE SHAMAN!” That’s essentially what Pigsx7 seek to do, deliver slabs of raucous stoner metal and facilitate a meditative state that ultimately achieves a new level of self-awareness. In the case of Baty and Psychopomp, it might have gone slightly awry, what with all the demon stuff, but had he started bellowing “I am PARK WARDEN” it wouldn’t have had the same effect. Not that park wardens can’t be demonic of course.

Following on from Psychopomp is the short sharp shock of Sweet Relief, a song that could be a single, simply because it’s the only thing here that is compressed into four minutes. Once again that Sabbath influence is strong and even the title is a cheeky nod to Sweet Leaf. Baty’s vocals exhume Lemmy’s filthy growl as the band deliver a quick punch to the temples before disappearing in order to regroup for the coming storm that is the 15 minute closer, Icon.

The slow burning atmospheric introduction gives way to yet another colossal stoner riff, but if it sounds as if Pigsx7 are simply one trick ponies (pigs) think again. Their control of mood and tempo on Icon is impressive and almost imperceptible. Give in to their hypnotic grooves and it’s easy to not notice that they’ve shifted from propulsive thrum, to swampy crawl, then kicking through the gears again to create an irresistible groove topped off with a squalling guitar solo.

Feed The Rats is everything you could hope for from Pigsx7. It’s heavy, stoned, accessible and transformative. Perfect, you might say, if you wanted an alliterative adjective.