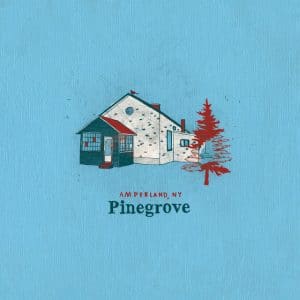 Pinegrove, and their singer-songwriter Evan Stephens Hall, are an ideal case study in how to handle a controversy. A few years ago, Hall put out a statement acknowledging that he had been accused of “sexual coercion”, and he accepted responsibility for his actions, indicating that he had sought to remedy the situation with the accuser via mediation. In the course of that mediation, the victim stipulated that for Hall to truly show contrition, he should take a year off touring, and attend therapy for his actions. He complied.

Now we’re here, in 2021, and Hall is one of the only people in history to successfully rehabilitate his image through actions, not words. Whether you think that he is deserving of a second chance or not is entirely your prerogative as a listener – especially when so many people (especially on social media) are unwilling to separate art from artist. No matter how sorry he is, and how much of a changed man he is, he still committed the act he was accused of, and some people – rightly – find that too much of an obstacle.

In Amperland, NY, we have a celebration of everything that makes this band one of the most distinctive and most highly regarded emo groups of the past 20 years or so. Accompanied by a movie, Amperland, NY is a 21 song run through of music from their entire career to date. It is an occassionally thrilling, highly satisfying retread of old ground, but there are lots of things for their ardent fans – ‘Pinenuts’ – and new fans to enjoy.

Newbies will probably find the most satisfaction from the band’s limber, raucous, anthemic indie rock (No Drugs), or their more contemplative, bruised but hopeful alternative rock (Morningtime – which has one of the fieriest solos this reviewer has heard in a long time – and Moment) while their older fans will enjoy the enticing new versions of the band’s songs. The songs from the first album, Meridian appear, at first listen, darker and more emotional than their original forms, while some of the songs from their latter-day releases are imbued with this new, more apparent rawness. In particular Amulets/Light On (the closing one-two from 2018’s Skylight album), and Intrepid (from the same album) are given a coat of rich, dark paint for the versions presented here.

Despite its monstrous length (it runs to over an hour) and its seeming grab-bag approach, this is an enjoyable set for newcomers, and essential for fans of heartbroken emo rock. If you’re even remotely interested in sound design and the finer side of music production from mixing onwards, then this is also a great listen. The drums are magnificently handled, and the guitars sound particularly gorgeous throughout.