by Chris White
published: 23 May 2011 in Album Reviews
Tweet 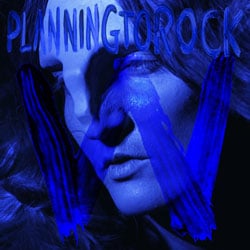 Planningtorock, otherwise known as multi-instrumentalist and singerJanine Rostron, was described by one newspaper earlier this year as”Bolton’s answer to Grace Jones“. Admittedly, she’s probablyunlikely to appear in a James Bond film or hit a prime time chat showhost any time soon, but there’s no doubt that her new album, W, is also the work of an artist who is determined to do things her way regardless of what anyoneelse thinks.

Brought up in northwest England but based in Berlin since 2000, Rostron imbues her music with an arresting mix of glacial, Teutonic atmospherics, electronica and gothic soul with the occasional catchy hook thrown in for good measure. After 2006’s confident, accomplished debut Have It All, she appeared on Tomorrow In A Year, The Knife‘s occasionally inspired opera about the life of Charles Darwin. The Swedish duo and Lancashire lass are clearly kindred spirits whose sounds should appeal to similar audiences.

The songs on W have been recorded gradually over the past three and ahalf years, mostly by Rostron alone in her studio, and the end resultsare testament to the power of her ideas. What’s particularly impressiveabout W is the endless sonic invention its creator employs; on a firstlisten, the songs here may sound quite similar – synthesiser heavy,confrontational and rather oppressive – but gradually the differenttextures, tempos and moods begin to emerge. Rostron plays all theinstruments herself, and manipulates sounds cleverly, not least her ownvoice, to suggest different emotions. Her love of modern classicalmusic often shines through in the layered, chamber dynamics of many ofher compositions, the frequent use of saxophone lends an addeddimension unusual within electronic music, and the heavily treatedvocals range from androgynous to downright alien.

Another obvious comparison for Planningtorock’s style would be ZolaJesus, but while the Russian American ice queen is relentlessly darkand gloomy, Rostron is less of a one trick pony. Although often starkand otherworldly, W is a record that has fun and shakes its booty a little from time to time as well.

Living It Up is a prime example of this acute pop sensibility thatexists within what some will pigeonhole unfairly as a difficult “art-house” record. With its high-energy disco beat, choppy strings and Rostron’s theatrical vocals, it brings to mind the Antony Hegarty-fronted tracks on Hercules And Love Affair‘s eponymous debut album. Likewise, I Am Your Man, with its strident pop chorus – “I don’t need a microphone to tell you what I’m really feeling for you” – would almost certainly be a huge hit worldwide if it was sung byLady Gaga rather than a 31-year-old hitherto obscuresinger/songwriter from just outside Manchester. Rostron has evendabbled in Gaga-esque costume extremities, wearing a giant horse-skull head dress in some early videos and more recently sporting anexaggeratedly prominent prosthetic nose in a condemnation of theindustry’s obsession with women’s looks.

Elsewhere, we get PJ Harvey-like raw sexual imagery on Manifesto, Rostron hollering that she “believes in a secular love”. ¬ And ominousoutpourings on The Breaks, on which she warns us: “Don’t be surprised ifI’m ripping out my eyes. I’m on fire.” Black Thunder is an epic,atmospheric instrumental; Janine’s distorted, tortured wail effectivelyconveys the imploring desperation of the song’s lyrics; spooky pizzicatostrings and harsh, abrasive percussion combine to mesmeric effect onJam.

W is the work of a restlessly experimental yet surprisingly accessible maverick at the top of her game, and may well herald the breakthrough to a wider audience that its creator richly deserves.