Polar Bear – In Each And Every One 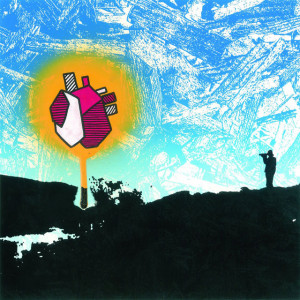 In the years since releasing fourth album Peepers back in 2010 the various members of Polar Bear have featured in bands such as Sons Of Kemet (drummer Seb Rochford), Melt Yourself Down (saxophonist Pete Wareham) and The Invisible (double bass player Tom Herbert).

That they have assumed central roles in bands that have been so highly regarded and widely lauded is no surprise – since releasing debut album Dim Lit back in 2004 Polar Bear have come to represent a guarantee of quality of sorts, establishing themselves as one of the leading names in modern British jazz in the process. This recent history makes their reuniting for their fifth album In Each And Every One feel even more significant.

Their music has always had experimental leanings but on In Each And Every One they sound further emboldened and willing to take even greater risks than before, in many places breaking out of orthodox jazz confines. There is still a strong dialogue between the individual elements of the band however, with focus being rotated as the album progresses. In the early stages however it is Leafcutter John who arguably assumes his most prominent role within the band to date, seen clearly on Open See which ushers in the album in low key fashion, hints of saxophone drifting on top of the underlying electronic mirage. Chatpot may have familiar elements pushed towards the foreground but programming and denser electronic sounds reside deeper in the background. Be Free meanwhile sees them revert to more familiar terrain, percussive grooves combining with melodic saxophone phrases.

There’s an intelligence and thoughtfulness to how the album is introduced, new direction being counterbalanced with the well-known. It is nowhere better demonstrated than on They’re All Ks And Qs Now Lucien and WW, two centrally placed tracks that seem to encapsulate the album. The former boasts a marriage of commanding melody and loose drumming that serves as a reminder as to why second album Held On The Tips Of Fingers propelled them into music collections that weren’t constructed purely on jazz. It takes in diversions, skirting around heavier territory before collapsing in on itself in a high impact blow-out.

WW is one of the least structured tracks on the album meanwhile, feeling at times like the different musical strands are ricocheting around like electrons inside an atom, all held together by Rochford’s imposing drumming and Wareham’s sax-shredding eschewals. It’s impressive how they are able to achieve such scale and variety on the first half of the album alone.

The second half continues in similarly strong style, also proving (if any was required) that they never take the obvious musical route. Lost In Death Part 2 shows that the saxophones of Pete Wareham and Mark Lockheart are still the defining component to their sound, here offering some nice exotic allusions along the way. Later, powerful saxophone blasts pierce the distorted heavy fog on Life And Life while emaciated, anguished calls ring loud on Two Storms.

Maliana provides another stand out moment, arguably seeing them at their most varied as it weaves together arid textures, grubby electronics and raw power (not to mention revealing the depth of their sound, and all the layers and detail awaiting discovery). Much may have happened in the four years since their last album, but In Each And Every One sees Polar Bear sounding revitalised and ready to explore new musical combinations and possibilities with confidence.