Polar Bear – Same As You 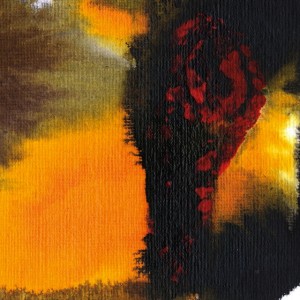 If drummer and composer Sebastian Rochford’s Polar Bear were initially pitched as an innovative contemporary jazz act, it’s no longer quite as clear where this band sit in a genre spectrum. Rochford himself is notably open-minded and has worked in a wide range of contexts including with Rokia Traore and Brett Anderson. Few musicians are quite so versatile. Now signed to the Leaf label, where they have genre blurring friends with the likes of Wildbirds And Peacedrums, Roll The Dice and, closer to home, Melt Yourself Down, Polar Bear seem to have found a supportive and comfortable home for their absorbing hybrid sound.

Some key elements are still in place here, particularly the guiding beacon provided by Tom Herbert’s acoustic bass lines. The dual saxophone frontline (Mark Lockheart and Pete Wareham) has remained too, although it has perhaps become less about quirky, attacking melodies and harmonies and more about deftly intertwining fragments. In fascinating ways, it becomes harder to discern boundaries between composition and improvisation in the band’s most recent work. Last year’s In Each And Every One was a subtle, gracefully unfolding album that required careful listening. Same As You feels like a companion piece to that album – contrasting in some ways but also continuing its emphasis on texture and atmosphere.

Clearly, the greater intertwining of electronics within the largely acoustic sound of the jazz ensemble has left Rochford on a roll – Same As You explores similar conceptual territory, albeit this time through the medium of trippy, dubby expanses. It’s possible to discern hints of calypso and New Orleans funk too and, most curiously, a Scottish folk sensibility underpinning Of Hi Lands. Again, however, there is more emphasis on sound and mood than on clearly identifiable themes or melodies. The exceptions to this rule might be The First Steps (which briefly harks back to the more immediate, urgent approach of the Peepers album) and the insistent, groovy Don’t Let The Feeling Go, which builds on a repetitive and thoroughly infectious vocal hook (delivered by Hannah Darling and Rochford himself). The latter is the closest Rochford has yet come to writing a pop song with this band.

That piece is a delight but it doesn’t quite adequately prepare for the deeper meditations of the album’s two very long pieces. The ten minutes of We Feel The Echoes drift amiably over a range of dynamics whilst Unrelenting Unconditional patiently expands over nearly 20 minutes. This is music that can easily be enjoyed on a range of levels – it works well as background mood music but is also enhanced by close listening on headphones, revealing its attention to small sonic details and almost imperceptible shifts in sensation. It draws as much from electronica (perhaps Pole or Plaid) as it does from improvised music.

The steadfast but calm nature of this album’s groove suggest a spirit of contemplation and meditation, a perspective underlined by the album’s opening words from Asar Mikaels, owner of The Light Shop in Tottenham. This music emphasises an unhurried, thoughtful approach to life that is beautifully at odds with the noise of a bustling metropolis in a General Election year.