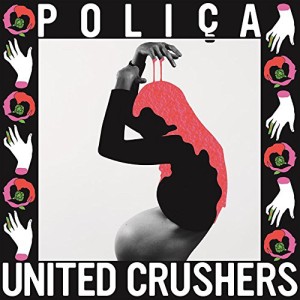 Last year, Minneapolis quartet Poliça were anointed by Samantha Cameron as her favourite band. To be fair to the UK prime minister’s other half, she is a long standing fan of what might loosely be termed as alternative music, but her enthusiastic championing of any up and coming artist is hardly likely to enhance their hip factor.

It’s unclear what Poliça front woman Channy Leaneagh thinks of this particular celebrity endorsement, but Mrs Cameron certainly wasn’t the only person to sit up and take notice when the band emerged from Minnesota with their debut album Give You The Ghost in 2012. Documenting the fall-out from Leaneagh’s split from her husband, it combined stark, The xx-like atmospherics with an R&B sensibility, although the singer’s extensive use of auto tune polarising opinion. Poliça’s second album, 2013’s Shulamith, was named after controversial Canadian feminist writer Shulamith Firestone and didn’t shy away from tackling social and emotional issues, as well as developing the band’s sound into murkier, moodier territory, toning down the auto-tune while retaining the core ingredients that characterised their first release.

New album United Crushers follows an extended break from recording and touring for Poliça and the band have clearly relished the opportunity to take their time over this record following a hectic start to their career. They worked more closely together than ever before, writing and recording songs collectively in the same room, resulting in a slicker, more confident sound.

The direction of United Crushers became clear with the release of second single Wedding, a confrontational song both musically and lyrically, with crunching synths backing Leaneagh’s strident condemnation of police aggression which pulls few punches – “All the cops want in/brim brim when we lose they win/saying hands up/the bullets in”.

This direct, vivid approach to song writing is evident throughout United Crushers, further establishing Poliça’s status as one of the most interesting, uncompromising acts in the US at present.  Summer Please is a pretty bleak opener, covering domestic abuse and dysfunctional urban poverty, while Lime Habit focuses on drug addiction and its nefarious impact on relationships. Elsewhere, Melting Block’s theme is intriguingly unclear, but vivid lines like “Melting block of Newports/All humans return to yard/mothers screaming” have the power and intensity of modern poetry. Less introspective than on her earlier work, Leaneagh’s wider world view is frequently challenging and compelling.

Musically, United Crushers doesn’t venture far from Shulasmith’s template. Poliça’s closest contemporaries are probably Brooklyn’s Chairlift with their combination of icy dynamics and danceable rhythms, as the toe tapping, skittering beats of tracks like Lime Habit and Baby Sucks demonstrate. But at other times the Minnesotans shift firmly into Portishead territory, most notably with the smoky, late night trip hop vibe and torch song vocals of Fish On The Griddle.

Those seeking instant hooks and big choruses are unlikely to take to United Crushers, as its appeal is not necessarily immediate. This is awkward, sharp elbowed music that requires time and effort to fully appreciate, yet the complex textures and image-laden, thought provoking lyrics will gradually reveal themselves to those prepared to be patient. Poliça’s third album is no masterpiece, but it offers plenty of evidence that Samantha Cameron knows more about music than many will want to give her credit for.