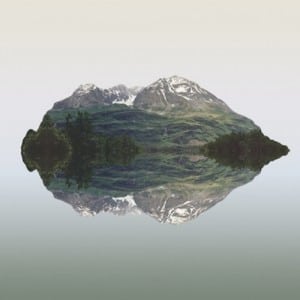 Quietly self-released in 2012 and championed by ambient master Brian Eno, Holiday, the debut album from Port St Willow, is now given a fully fledged release by Downtown.

Port St Willow, consisting of main driving force Nicholas Principe and collaborator Jake Nussbaum, have boosted the re-issue by including a 25 minute four-part suite, Soft Light Rush, composed by Principe to serve as an accompaniment to the album.

Earning the endorsement of Eno is no mean feat, and it is apparent from the opening track Two Five Five Two why this may appeal to the ex-Roxy Music legend: this is ambient noise that could easily have been crafted by Eno himself. At first these sounds resemble a wind tunnel until they develop into crowd murmurings, serving as an intro to the first track proper, Hollow. Drumsticks click together to form a primitive beat which is then joined by a pounding, repetitive drum roll until vocals kick in – a classic falsetto courtesy of Principe, which is the flavour throughout. A gentle, simplistic guitar riff and familiar keyboard chords then adorn proceedings, punctuated with the occasional bass note, adding up to an impressive start.

The mood and style continues, arguably reaching the peak of the album at an early stage with Amawalk; an atmospheric, gorgeously serene melodic moment opening with the sad plea “No, don’t leave me now, I’m on my way back”. Further into this majestic track, a brass section appears, accompanied by military style drumming and soaring falsetto that floats over the top to create a sublime listening experience.

More ambient noise follows with On Your Side – a single constant chord with keyboard effect swirling around like an elegant bird of prey assessing the scene below, which is then joined by more fragile vocals and a subdued trumpet that recalls the most common of musical ditties – Happy Birthday.

Corners takes over, taking the sparse sound to an even sparser place. The falsetto voice here grates, and there is little else on offer other than a threadbare guitar accompaniment. After this short song, more drumstick taps and a scant drum roll appear with the opening bars of Orphan. Those vocals sound far better when there is less attention being drawn to their presence, which is the case here – the music ticks along casually before military-esque drums make a return, giving the track an instant lift and new direction, and elevating the singing in the process.

When faced with falsetto singing it is impossible not to recall the many acts that have adopted this vocal approach. At times it unnervingly reminds of Jimmy Somerville, although a closer match to the overall output would be Bon Iver singing over music provided by The xx.

A well-worn chord structure adorns Tourist but, once again, the simple percussion married with beautiful keyboards and subdued voice meld together seamlessly, creating a stunning, spine tingling song that forms another album highlight. North evokes the same feelings, as Principe refuses to deviate from the formula. The subtle brass section returns, along with a repetitive keyboard riff and more lightly applied swirling, bubbly effects.

Put The Armor On The Mantle only serves as an interlude before the last track of the original album, Consumed, takes over. Sounding very similar to what’s already gone before with the basic percussion and single guitar notes, this song finally soars once all the previous ingredients gel to form something more satisfying. The military style drums are again present, joined this time by mashed up fuzzy guitar that sounds uncannily like a sampled Big Country riff – Fields Of Fire to be precise – remixed and distorted to create something entirely new.

The additional ‘suite’, Soft Light Rush, consists of four separate parts and although there is undoubted beauty within, particularly in the final section, it just doesn’t seem to fit the album as a whole. It rather deserves to be given its own identity and not stuck on to the end of an already fine album, whereabouts it just doesn’t work. Principe has stated that the album was formed as a complete listening experience and should be heard from start to finish to appreciate the entire piece; that statement is made somewhat redundant by the suite’s inclusion, as it takes the full playing time to over 80 minutes. That is an awful lot of time to devote to a solitary album in a single sitting.

At times this recording is compelling, entrancing even with its sheer beauty; occasionally though it drags. For a debut album, some of the content is astonishing and deserves the wider audience a full release will bring. It remains to be seen whether the huge potential that is evident here can be moulded into anything more. Port St Willow’s next move will, at any rate, be worth watching.