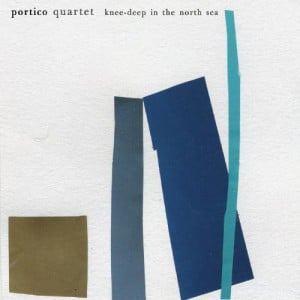 They may be the obligatory jazz presence on the Mercury Music Prize list this year, but don’t let any predefined prejudices about the genre put you off listening to this enchanting album.

Formed by four students at the University of London’s School of Oriental and African Studies, Portico Quartet comprises Jack Wyllie (soprano/alto saxophone), Duncan Bellamy (hang/percussion), Nick Mulvey (hang/percussion), and Milo Fitzpatrick (double bass). The quartet were already the darlings of the London leftfield jazz scene before their Mercury nomination, thanks in no small part to a series of busked gigs outside the National Theatre in London.

A word of explanation is needed after a quick perusal of the members’ instruments. The hang is a tuned-percussion instrument, looking like a domed wok and somewhat akin in sound to a steel drum, created in Switzerland in 2000 by Felix Rohner and Sabina Schärer. Indeed, prospective buyers are required to travel to Switzerland and be interviewed by the instrument’s inventors before they are allowed to purchase one.

All of which is useful as an attention grabbing story for Portico Quartet (although they actually bought their hang before this requirement was made), but does their music warrant the column inches that have resulted from the Mercury nomination?

Similar in tone to the hip London quintet Polar Bear, although with a less overt electronica influence, the sound of Portico Quartet is led by the flowing soprano saxophone of Jack Wyllie. His spiralling, melodic leads are underpinned by Fitzpatrick’s solid double bass work, but it is the percussive interplay provided by Bellamy and Mulvey that truly allows the quartet’s music to soar.

The hang, played with the hands and fingers and occasionally sticks, adds an exotic tone to the music that is reflected in the titles: News From Verona, The Kon Tiki Expedition, and Cittàgazze, the latter a nod to Philip Pullman’s His Dark Materials trilogy. On reflection, there is nothing particularly groundbreaking about Knee-Deep In The North Sea, with the occasional multiphonic run by Wyllie the most challenging display of musicianship on offer. Where the quartet succeed is in the atmosphere they steadily build up throughout the album, with each track also working on its own as a mini-suite of contrasting moods.

Drawing largely from free jazz and chamber music, there are also hints of the post-rock and electronica artists that the members freely admit to admiring. More than anything, however, it is tempting to compare Portico Quartet with the Penguin Café Orchestra, the classical/jazz ensemble led by the late Simon Jeffes. PCO enjoyed some noted crossover success in the late ’70s and ’80s, and while Wyllie, Bellamy, Mulvey and Fitzpatrick do not yet display the same imaginative range it is to be hoped the current media interest in their music will be the spur to even greater things.