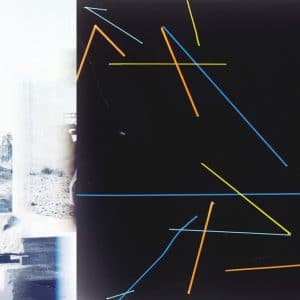 Memories and music can be an incredibly powerful combination. Avid listeners and lovers of music can chart their entire lives by songs or tracks experienced, the very mention of them bringing forward strong emotions.

Portico Quartet’s use of memory is a little more subtle than that, but the same principles are at work. On fifth album Memory Streams they are looking to reconnect with the approach that so charmed the Mercury judges in 2008 with Knee Deep In The North Sea. At the same time they are not seeking to repeat that record, more to put forward a statement of identity in recognition of all that’s happened to them since.

Because of that, the multi-layered Memory Streams brings several styles, past and present, together. It enjoys in particular the unique colours offered by Duncan Bellamy’s percussion – especially the hang – and Jack Wyllie’s saxophone, which provide the most prominent and distinctive colours.

Wyllie’s instrument takes the lead. As the fretful drums circle all around Signals In The Dusk, his is an urgent voice, tapping away with a three note motif before breaking out into much longer phrases, laden with emotion. He also leads the excellent, torch-bearing Offset, the longer melodies running coarse at the edges while backed by persuasive, rolling rhythms.

What Portico Quartet do once again is create some very appealing sound worlds, which are by turns inviting, dreamy, eerie and – in the case of the atmospheric Gradient – consoling. Double Helix is particularly intriguing, stopping and starting as though moving between very different thoughts, until Wyllie takes control. Contributions from strings and organ only add to the colourful series of images.

Ways Of Seeing has a propulsive loop and shuffling drums over which hang some dreamy notes. The use of the piano is clever here too, adding some more treble brightness to the mix.

Immediately Visible is like the end of a gig after all the instrumentalists have been introduced, a stately piano progression giving way to a flurry of activity between the quartet, exploring consonant harmonies and the rounded timbre of the hang, which sits as an ever present no matter how shrill the other sounds might be.

From all these descriptions you will gather that there is a great deal of instrumental colour on offer here, and with the vivid cross rhythms they paint vivid pictures for the listener – and will undoubtedly create their own memories.

Five albums in and the Portico Quartet quality threshold remains commendably high. Memory Streams is both recognisable as a piece of work from the authors of their first four albums, but manages not to sound exactly like any of them. Instead it confirms them as increasingly assured musicians, carrying forward their first principles and playing like their lives depend on it.