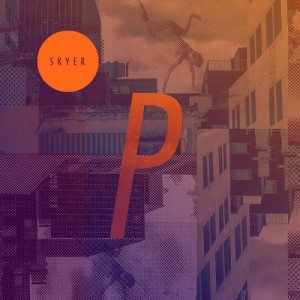 Swedish trio Postiljonen’s music is strictly mood music. Their sound is a swirling breeze of lissom smooth electro pop that is as alluring as it is dreamy. Their debut album Skyer is an example of Postiljonen’s desire to conjure up moods and feelings through their soft-focus sounds.

There’s very much naïve purity to Postiljonen’s music; there’s no overarching message or concept here. Neither is there any self-aggrandizing aggression or posturing. Instead, what you have is a debut album that is subtly realised and open to any interpretation. The pellucid quality of the music makes it easy to fall for Postiljonen’s charms.

Skyer itself strongly fits into a lineage of blissful Scandinavian synth pop as popularised by jj, Air France and similarly like-minded exponents of soft focus bittersweet euphoria. Where Postiljonen excel is in making their sound so supremely defined. Not a moment on Skyer sounds misguided or out of step; everything fits in to the sound world the trio have created. Songs like the sublime We Raise Our Hearts are possessed with a simple, yet hugely important, engaging purity. The music is graceful and lilting accompanying the soft breathy vocals of singer Mia Bøe. As with many of the tracks the softness of the understated beats and vocals is offset by splashing sunbursts of colour; the crescendo of the song is gloriously enlivened by an array of fizzing synths.

There is a genre spanning quality to Postiljonen’s music, suggesting that they are equally as adept at clubbier, dance floor aimed euphoria as they are at rather more melancholic folksy introspection. Supreme’s bubbling synth patterns and colour flashes fit a dance dynamic while Plastic Panorama is more distant and mysterious. A darker quality is hinted at in these moments of reflection that bring to mind the dramatic heart-wrenching of Zola Jesus.

Multi-instrumentalists Daniel Sjörs and Joel Nyström Holm provide a breadth of sounds and styles on the album, but the defining sound is often Bøe’s vocals. Her voice is a strange thing. Throughout the album, it’s often a soft, expressionless whisper but it becomes intoxicating and strangely affecting. Listening to it, it’s easy to become enthralled and float off in a beatific splendour. As well as Bøe’s own voice the album features a number of sampled vocal interjections, including a booming voice intoning “the truth shall set you free” on the plaintive ballad Rivers.

If there is one flaw to Skyer it’s an over-reliance on synth pop traits that are in danger of becoming overplayed. Braying saxophones feature on a number of tracks, most prominently on closer Atlantis. The saxophone certainly doesn’t sound unpleasant but you wonder whether it is strictly necessary when the group are capable of making effortlessly pure melodies. Also, there are a few too many soft rock guitar solos, as on the otherwise excellent Supreme, which is let down by a superfluous one. There is no need for these tacked on inflections. The strength of Postiljonen’s melodies will easily suffice.

Perhaps the most instantly notable track is All That We Had Is Lost. Here, the group reinterpret the joyous jouissance of Whitney Houston’s How Will I Know into something rather more uncertain and dreamlike. It’s a wonderful piece of juxtaposition as the Whitney verse leads into their own bittersweet lament that “In our dreams we had it all.”

The use of Whitney’s most endearingly joyous single provides an apposite summation of Postiljonen’s charms. With Skyer, the Swedish trio have created their own dreamlike gossamer world where the exaltation to “take me to the clouds above” is almost realised.