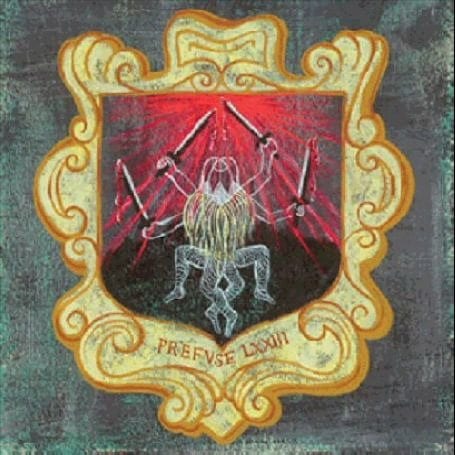 Weighing in a just under 20 minutes less than its refractive predecessor Surrounded By Silence, Prefuse 73’s Security Screenings makes no claims to be anything more than a bridging coda. But as this is a record by one Guillermo Scott Herren, glitch-styled multi-instrumentalist and hotshit producer, Security Screenings is no contractual makeweight.

Though occasionally trading as Piano Overlord, Savath & Savalas and Delarosa And Asora, it is as Prefuse 73 that most shall know him. And it was while touring as Prefuse 73 that Herren became acquainted with the repetitive attentions of airport security, hence the paranoia of this set’s title.

Atlanta-raised with Catalan parentage, Herren’s mixed blood may mark him down as a potential terrorist in the eyes of American Airlines, but it’s a license for miscegenation as far as the ever-wandering muse is concerned. Or perhaps it is just as the narrator of track 5 has it, that he favours ‘no special bed’.

A mix of good ol’ digital signal processing technology and ye olde live instrumentation (although its difficult to spot the join) twist ever-fluttering hi-hats, garbled piano riffs, strangled brass, and a sheet-metal factory’s worth of processed grind into suitably industrious patterns of rhythm.

Herren’s concentration on chopped rhythm marks down a Prefuse 73 down as a hip-hop record, despite the absence of any overt stylistic cues or the odd overtures to post-rock or the tics of electronica. The rhythm won’t inspire movement but it will revolve in the ear persuasively enough to prompt slow, euphoric submission.

Herren’s trick is to make all this urban noise the stuff of unlikely euphony. Breathy with a dash of hallucinogenic gratification, tracks replete with stop/start motion-sickness discord (like the busy-bee When The Grip Lets You Go and the punch-out strobe of No Origin) are nonetheless rapt with the honk of mechanised city life. Herren’s bits ‘n’ pieces swing and ever-shifting zephyrs are an embrace, not a refusal. The man himself may display an unbecoming crabbiness in interviews, but there’s no surly unravelling in the skein of Security Screenings.

Less oblique than Surrounded By Silence, Security Screenings has the interventionist hand of its creator in plain sight. Though Security Screenings’ giddy mosaic of psychedelic disorientation has the morning-after effect of tweezing dream from memory, the author’s steady hand is visible through the haze.

In one of this set’s few guest-spots (the other being TV On The Radio‘s Babatunde Adebimpe on the official end track), Four Tet‘s creates one of the more discordant pieces in Creating Cyclical Headaches. A kick-drum competes with dial-up static until sliding away to the disembodied chants of the Boom Bip-like Awakening To A.

As with all Prefuse 73 excursionss, there is barely a pause for reflection. Matrimonoids is the closest to any resting point, embracing the soma-like topography once mapped out by the likes of the Orb and Mixmaster Morris. Or at least it would, if it wasn’t for Herren’s patented traffic jam beat complete with its compressed hiss of tailback bump ‘n’ grate and door-slam crunch.

Though barely breaking a sweat, Prefuse 73 Herren has once again proved to be ahead of the pack