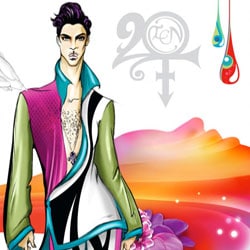 Despite his recent mis-steps it’s pretty easy to appreciate the card-carrying genius that is Prince, at least for his former work. The brilliance of stone-cold classics like Purple Rain and Sign O’ The Times will never be understated, and even the stodgiest of music critics have accepted him into the pantheon of rock gods.

Sure it’s been quite some time since he’s been great, but there have been flashes; the otherwise forgettable 3121 supplied the minimal-funk banger Black Sweat, a track that rightfully garnered the artist the same level of praise he received back in the mid-’80s. But after an eternally disappointing naughties run, culminating in the insane, overstuffed, Target-exclusive Lotusflow3r (the sort of offering that would utterly destroy a lesser artist,) it’s still de rigeur to get excited about a new Prince album – after all, this could be the record where he recaptures his former glory, and puts all the doubters to shame; the next Purple Rain; the return of the Prince!

Unfortunately 20Ten, released upon the world through newspapers – The Mirror’s Saturday 10th July edition in the UK – isn’t any of that. In fact it’s one of the slightest albums the man has ever recorded; fluffy, anti-climatic, and utterly boring. None of the songs even hint at the momentous, dramatic glory of, say, Baby I’m A Star or Let’s Go Crazy. It seems content to fade into the background in department stores. It’s yet another disappointment in a latter-day career that’s in danger of becoming irrelevant.

To be fair, 20Ten does put its best foot forward. The pulpy, electro-funk Compassion turns out to be the best song on the album, but you wouldn’t guess that on first impression; there’s really nothing too special about it, but it does keep a solid groove going for four minutes, and isn’t too far off the things the world loved about Prince in the first place. It’s also the closest he comes to writing actual ‘song’ here; deeper cuts, like the egregious, baseless twofer Walk In Sand and Sea Of Everything (surely the worst two-song sequence of 2010) are quite impossible to like, and perfectly encapsulate the worrying vanilla that Prince is coming closer and closer to representing entirely. Dance-pop for your parents’ dinner party, completely divorced from the bombast, the smut, and the provocative danger he owned in his heyday.

The only risk 20Ten takes is reserved for the very end; the secret untitled track (fast forward through 67 tracks of silence to reach it) has Prince rapping over a pumped-up guitar jam, referring to himself as “the purple Yoda” if you please. It’s fairly ridiculous, kind of funny, and probably the most memorable track on the record. It’s entirely a gimmick, and not ‘good’ by any stretch of the imagination, but that level of oddness is preferable to the overwhelming blandness of the rest of the album. 2009’s batshit Lotusflow3r was at least interesting in its preposterous, three CD sprawl, but 20Ten bypasses any of that stylistic divergence with nine equally inoffensive, equally boring tracks. Oh well. Surely his next album will make up for it…