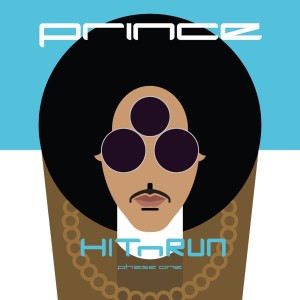 There was something undeniably thrilling about the ‘guerilla gigs’ that Prince played in London and Manchester early last year. The prospect of spending three hours in the same small room as one of our modern bona-fide geniuses was too much for a lot of people to resist, and queues stretched around the proverbial block.

The excitement came from the legend of Prince and his legacy of course, rather than the excellence of any recent material. For, in recent years, it’s been fair to say that Prince has been somewhat resting on his laurels. “When was the last decent Prince album” is a question often asked: some say Sign O’ The Times, some say Lovesexy, some may plump for Diamonds & Pearls, but one thing is certain: the correct answer definitely isn’t Xpectaction, 20Ten or Planet Earth (an album given away, lest we forget, with The Mail On Sunday).

So there seems to be a sense of rebirth with HitNRun Phase One. It’s one of the first albums to be released exclusively through Jay Z‘s streaming platform Tidal, and early word has promoted it as one of Prince’s most experimental albums yet. It’s true that this is one of his strongest albums in recent memory, and when it’s good, it’s very good indeed. As is usually the case in recent years though, it remains frustratingly inconsistent.

It all begins in thrilling fashion: a tiny little sample of 1999, followed by a snatch of the ‘dearly beloved’ speech from Let’s Go Crazy – and then, as if to nod towards his history while hurtling forward – we’re straight into the full band jam of Million $ Show: “Heard the news on the internet about the tickets you gotta get,” sings guest vocalist Judith Hill in a celebratory look back at those guerilla gigs. It becomes a tad repetitive in truth, but as an introduction it sets the scene perfectly.

Shut This Down is where you realise that this really is Prince back on form – a great, big, dirty disco-funk classic with an elastic bassline that almost commands you to dance. He may be nearing 60, but that legendary lasciviousness hasn’t diminished any: “I’m gonna get you all sweaty and hot, I’m gonna get you where you’ve never been got,” he promises. It’s a superb reintroduction to the filthy side of Prince, and it’s continued on the excellent Ain’t About To Stop, where the ubiquitous Rita Ora reminds us that, when she’s not making tabloid headlines or being a talent show judge, she actually has a pretty good voice.

After that strong start though, HitNRun settles down into a more run of the mill experience. This Could B Us is a rather non-descript RnB slow jam (including the none-more Prince line of “sex with us ain’t enough, that’s why we’ve gotta do it metaphysically”) while poor old Lianne La Havas seems rather wasted on the inconsequential skit Mr Nelson, where she contributes a spoken word cameo instead of showing off that wonderful voice of hers.

And yet, he can still effortlessly knock off a disco classic like Fallinlove2nite – originally released last year and featuring Zooey Deschanel on vocals. There’s no sign of the New Girl star anymore – instead there’s several multi-tracked Princes duetting with each other, and the effect is deliriously giddy. Similarly intoxicating is 1000 X’s & O’s, a smart, slinky funky ode to an absent partner originally written back on the Diamonds & Pearl tour in 1992, and sat in Prince’s legendary vault of unreleased songs ever since.

Presumably there’ll be a ‘phase 2’ of HitNRun before too long – an artist as prolific as Prince tends to be has probably gathered enough material for five or six volumes – and although he may never touch the glory days of his heyday again, there are enough glimpses of his genius gathered here to satisfy.

You can listen to the complete album here.