The Prodigy – The Day Is My Enemy 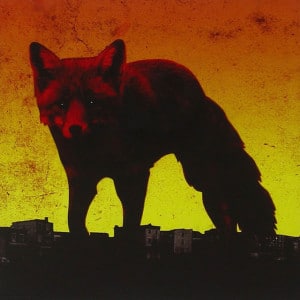 From their earliest incarnation as a novelty dance act (Charly Says) to rave legends (Music For The Jilted Generation) and crossover alchemists, The Prodigy has always been quite adept at moving with the times. It could easily be argued that they’ve been one of the most culturally significant bands of their generation. It’s certainly something that mainman Liam Howlett seems to believe. In a recent interview he stated that his band should be spoken about in the same tones afforded to Blur (ambitious with their aim there), Oasis and The Sex Pistols (perhaps aiming a little high).

Certainly the band’s early work deserves recognition. Music For The Jilted Generation felt like a transmission from the underground when it appeared. Sounding like anything else, it offered a sweaty, dance crazed, ecstatic alternative to the introspective an self-destructive grunge tinted music scene that was flourishing (and simultaneously imploding) at the time. Even when they became entangled in the Britpop explosion, they were at odds with the majority of the bands leading the charge. No aimless guitar strumming for them; instead they set about terrifying the elderly with the Firestarter video and appropriating elements of industrial and metal into the music and live shows. Since then, they’ve perhaps not been as vital musically, but as a live act, The Prodigy is still a force to be reckoned with.

Their last album, Invaders Must Die, had its moments but was a fairly inconsistent affair. The Day Is My Enemy seeks to stoke the fire in the band’s belly and rattle a few cages at the same time. It is, the band state, an angry album and sonically, there’s no doubting that it’s an uncomfortable listen. Howlett’s programming and tonal choices are aggressive and feral throughout, making for an album that is not an easy, or at times, enjoyable listen. Keith Flint is back in his shouty punk-dance jester role, but his presence adds little. “Nasty, Nasty” he belows on Nasty, a song that attempts to mine the band’s earlier work (Breathe in particular). The problem is that rather than sounding nasty, it sounds like a weak parody. When The Prodigy found their singing voice in Flint, they also lost something of their critical voice.

When they draft in Sleaford Mods‘ Jason Williamson to deliver a damning take down of lazy Ibiza DJs on Ibiza, they succeed in dulling both the Mods and The Prodigy’s normally acidic attack. There are many things to be angry about at the moment, but lazy DJs are an insignificant target. What’s the point? The inner sleeve illustration of Jilted Generation raised a finger to authority, and the music stood in opposition to the legislation like The Criminal Justice Bill. They didn’t need to vocalise it, it was there in the beats and the drive. Songs like Ibiza seem to indicate that the band has lost its focus. It’s fine to sound angry, but if there’s no direction or big targets to hit, it’s simply impotent rage. “I’m not here to be sterilised,” Flint yells on Wall Of Death, but The Prodigy sound as if that process might have already happened.

There are of course flashes of inspiration. The instrumental sections of the D&B flavoured Wild Frontier are sublime, the sci-fi soundscape of Beyond The Deathray is elegant and at times quite beautiful, and perhaps points in a direction that the band could explore more fully. Their collaboration with dubstep guru Flux Pavilion, Ryhthm Bomb, might not be groundbreaking, but just for a moment the anger levels drop, and it’s all about filling the dancefloor. The result is electrifying. Get Your Fight On has a killer hook, but it’s swamped in a mass of fuzzed tones and irritating synths. This, sadly, is the sound of a band swinging and missing. There’s some hope in the title track, a militaristic stomp that benefits from Martina Topley Bird‘s winsome vocals aching over a track with real drive and purpose. It serves as a fine opening to the album, but what follows is largely disappointing.

For a band that have bemoaned the state of new music and accused it of not “pushing forward” The Prodigy are doing a lot of shoving, but little in the way of solving the problem they’ve identified. If they want to be considered as important as The Sex Pistols, they’ll have to do rather better than this.