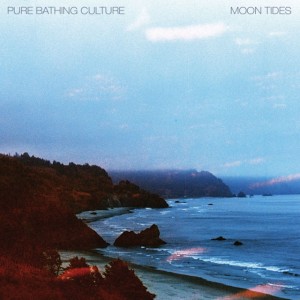 Much like fellow Memphis Industries’ stablemate James Mathé (Barbarossa), guitarist Daniel Hindman and keyboardist Sarah Versprille have built their reputations through playing as part of another band – in this case, indie folk outfit Vetiver.

Yet much like Mathé again, the two have caused a stir since going their own way. Pure Bathing Culture’s eponymous EP whetted many’s appetites and this full-length debut attempts to build on the seductively gentle shoegazey-cum-hazy pop showcased there. It’s a formula producer Richard Swift of The Shins helped perfect first time round, and he returns here.

Album opener Pendulum has the beats of Young Marble Giants, the mid-tempo guitar-driven dreaminess of The Sundays and Versprille’s Elizabeth Fraser-like vocal. All this combines into something quite bewitching; it doesn’t grab your attention immediately, but rather lures you in gradually until you’re into the song – and consequently the album’s – clutches. In many ways, it’s the perfect opener.

From there, upcoming single and somewhat more down-tempo Dream The Dare follows. Yet Versprille’s vocal is more at the forefront here, with the lyrics asking you “to feel fine”, “find your way home” and enquiring whether life “is…all what you want, what you want it to be”.

This, coupled with the otherworldly sounding melodies, invites you to self-reflect – to take a few moments to contemplate, something which seems somewhat impossible nowadays. Indeed, the melodies transport you into a world that you think once existed – one without the internet, and where things once seemed much slower, less pressured.

Evergreener is slightly more uptempo and towards the Cocteau Twins ouevre, but again carries on this sense of self-reflection while also wanting to take you on a journey: “Evergreener, no-one follows, as you wander, violets turn to snow, but you already know.” Here, as well as her vocal, Versprille’s keys are equally as elegant and arresting. It all combines to take you somewhere calmer and more tranquil. The same can also be said about following track Twins.

Only Lonely Lovers does, to a degree, hark back to the era of Sarah Records; its upbeat tempo, light sounding sleigh bells in the background, jangling guitar and lyrics including “homesick, my heart beats black, only lonely lovers know what the hopeless adore” produce something quintessentially and irresistibly indie pop. Scotty contrasts this somewhat, carrying a more lo-fi sound and with the slightly reverbed glitch beats in the background against Hindman’s cleaner sounding guitar, but is just as appealing.

The album’s standout track is also its closer. Temples Of The Moon is the album’s longest track at almost five and a half minutes, with Versprille cooing above bass and guitar loops and with an intensity gradually building until it fades out with menacing sounding synth. There’s a mysticism and something of a new age spirituality to this, with lyrics about moons and beings whispering into one’s ear, while Versprille’s vocal has something of the occult about it. From the bewitching to something witch-like, albeit in a sort of reposeful, tranquil kind of way, it’s a captivating listening experience.

Moon Tides’ influences and overall sound combine to form something of a flashback to the early days of indie music. But this only heightens its impact, allowing it to become something of an antidote to these fast-paced, unyielding times. It politely demands your attention; it wants to transport you elsewhere, to a place in which to daydream and reflect. Hindman and Versprille were absolutely right to go it alone; they’ve made a beautiful album.