by Ben Devlin
published: 21 May 2018 in Album Reviews
Tweet 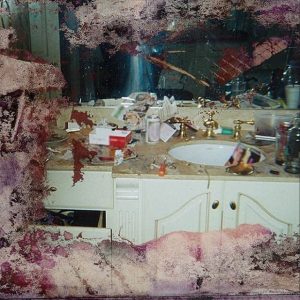 Ever since Pharrell’s work on the Clipse album Hell Hath No Fury, a high standard has been set for production on Pusha T songs: it needs to be quirky but minimal, with enough space to accommodate his dense lyrics.

Kanye West understood this when producing the 2013 single Numbers On The Boards, and applies the same mindset to this, Pusha T’s third solo album. His style here is sample-based and lo-fi, with loops built out of twangy guitar on The Games We Play, stripped back bass and voice on Infrared, and the titular Hard Piano.

Pusha T’s subject matter is well worn by now, his drug kingpin boasts familiar to anyone with an interest in American rap. His wordplay makes it, the hook of opening track If You Know You Know being a prime example (“bricklayers in ball shorts / coachin’ from the side of the ball court / one stop like a Walmart / we got the tennis balls for the wrong sport”).

He mourns the death of a friend on Santeria, restarts his long-running feud with Drake on Infrared and trades bars with Kanye on ominous banger What Would Meek Do?, but the real highlight is Come Back Baby. The verses show Pusha at his best, a nimble flow dancing effortlessly around production that amounts to snare, hi-hat and a smudge of bass.

What unites Daytona and Nas‘s more recently released Nasir, both part of Kanye’s spree of projects, is that both Pusha T and Nas have little to prove. They’ve had their classics and are now revelling in their own legend, with verses that find them in their comfort zone but still in engaging form. This is not the King Push we were led to expect, but it is a quality record in its own right.