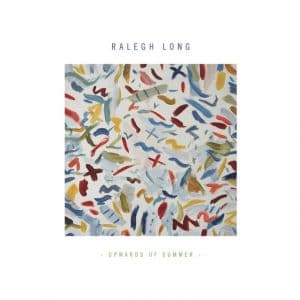 It’s been a good six years since Ralegh Long first started releasing music and much has changed in that time. By the time his debut album, Hoverance, was released in 2015, he had two EPs under his belt and seemed to fit neatly into the ‘singer/songwriter’ bracket. Hoverance was full of wistful, pastoral ballads, and there were more than a few comparisons to Nick Drake, but ultimately he seemed to struggle to make himself known in the glut of artists like Tom Odell, James Bay and so on.

This prompted a rethink in Long, and something of a crisis of confidence where he apparently flirted with the idea of quitting music altogether. In the end, it was a belated discovery of Natalie Merchant‘s seminal indie-folk band 10,000 Maniacs, and a decision to beef up his sound, that has ultimately led to this, Long’s crowd-funded second album.

There’s certainly a dramatic change of direction showcased on Upwards Of Summer – instead of introspective piano ballads, there’s a move towards full-on power pop, seemingly designed for a sunny day. In fact, with songs like opening number Take Your Mind Back, Big August and the title track, it’s hard to shake the somewhat cynical feeling that this is a record that could well be subtitled ‘Now That’s What I Call Summer 2017’.

Take Your Mind Back is Long at his best – relentlessly catchy and upbeat with a chorus that’s easy to whistle along to after just one hearing. A similar formula is applied to the jangly Take It, while Sleeping In My Dreams could be a lost cut from Tom Petty, so perfectly does it ape nostalgic Americana.

There are hints of Led Zeppelin in their pastoral prime in the mandolin-heavy introduction to Big August, and the title track’s slide guitar adds a country tinge to proceedings. It’s all incredibly pleasant, competently played, nicely sung radio-friendly stuff – yet that’s also its big failing. After a while, while the polished sound suits the songs, you’re yearning for a bit of an edge; there’s ultimately not that much here that’s too exciting.

It’s a problem that’s accentuated in the second half of the record when the tempo’s taken down a notch and we’re left with a glut of mid-tempo ballads like Into The Woods and The Combine (about – yes – a combine harvester). They’re not bad songs, just a bit featureless and bland – it’s only really Heart On The Line that works beautifully, dripping with melancholy and poignancy, yet still remaining resolutely upbeat.

There’s much to like about Upwards Of Summer, but it’s missing that extra factor that may keep you coming back to it time and time again. Ocasionally, it recalls distantly remembered bands of ten years ago, such as The Delays and The Thrills, so if you’re itching for a revival of that era, Ralegh Long could be just the man for you.