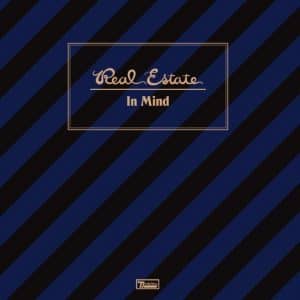 Ever since their eponymous debut album in 2009, New Jersey jangle pop purveyors Real Estate have been steadily and unobtrusively perfecting their craft to become one of the most effortlessly brilliant independent bands around.

After a hesitant, lo-fi start on Real Estate, the quintet has smoothly gone through the gears ever since, culminating in the shimmering, graceful beauty of 2014’s Atlas. On this record, the core components of their sound – singer Martin Courtney’s soft, gliding tenor voice, the gently propulsive rhythm section and above all, Michael Mondanile’s piercing yet blissfully transcendental guitar melodies – combined to produce an under the radar minor classic.

Mondanile’s departure last year to focus full time on his Ducktails project therefore presented a difficult challenge for the rest of the group. Although Courtney had always been Real Estate’s main songwriter, Mondanile’s guitar work was so distinctive, it was almost as if he could make his instrument talk, elevating it to the role of a co-narrator alongside Courtney’s vocals. How would Real Estate fare with such a pivotal element of their music removed?

The answer is: they’ve arguably got even better. In Mind is, quite simply, an outstanding record, unlikely to be bettered by many releases from any genre during 2017.  Following the departure of Mondanile in 2015, Courtney, bassist Alex Bleeker, drummer Jackson Pollis and keyboardist Matt Kallman welcomed longtime friend and fellow New Jersey native Julian Lynch into the band as a full-time guitarist. Recorded in Los Angeles with producer Cole M.G.N. (known for his work with artists ranging from Beck to Snoop Dogg and Julia Holter), the eleven tracks on In Mind deliver the same kind of warmth and elegance that have become Real Estate’s trademark, but there is also a newly robust, sharper edge to their music which makes this album an exciting evolution.

This shift is apparent immediately with the spacey, hovering synths that open first track Darling.  The familiar fluid guitar cascade is there too, but it somehow feels fuller and less fuzzy than before, although the arrangement is as dexterous and varied as ever. Courtney’s voice mostly takes a back seat on Darling, but takes centre stage on the sublime Serve The Song, which is a contender for the most gorgeous three minutes Real Estate have ever produced. Once again, Lynch’s guitar is doing different things here to Mondanile’s, with the amps turned up and waves of distortion breaking against the track’s fragile structure. Yet this enhances the delectable, yearning melody of the song rather than submerging it, with the vibes kept mellow as Courtney sighs “I walk up Sunday morning/back where I belong.” This lyric is typical of In Mind, a kind of bittersweet nostalgia reflecting on the tensions between the uncomplicated comfort of youth and the responsibilities of adulthood.

The high quality control of the material is maintained throughout the album. Highlights include both quintessential Real Estate dream pop tracks like White Lights and further departures from the band’s established template, like the hypnotic, Clientele-like waltz of After The Moon. Closing track Saturday perhaps epitomises the impressive steps forward the band has taken with In Mind. It opens with slow, stately piano chords, slowly building in tempo until more established ingredients take over, before changing pace again with a squalling guitar solo and fading out with a swirl of organ.

The fact Real Estate have achieved this artistic development while preserving the qualities that made their earlier work so compelling is a testament to their talent, resilience and ambition following a key personnel change. Lesser bands may have gone off the rails, but Courtney and company have responded by making the best album of their career to date.