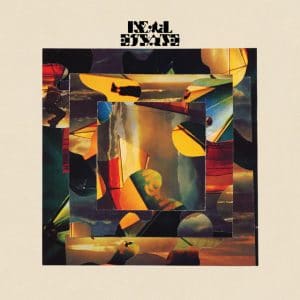 Real Estate have been going for over a decade. While you’re processing that harrowing piece of history, and working out where you first found out about them, let’s just get one thing out of the way – The Main Thing is a great record. It’s not their best record, nor is their most adventurous, but it’s everything they do well, done well, and then done some more. And that’s the main thing.

Martin Courtney, Alex Bleeker and co. are back with their fifth studio album, their first in nearly three years – keeping up a relatively speedy pace despite this being the first album since the true reasons behind founding guitarist Matt Mondanile’s departure were announced. Mondanile’s replacement Julian Lynch was installed before the recording of 2017’s In Mind, but Mondanile’s shadow and the speculation around his departure still loomed large over the band, especially as the split was less than amicable.

While The Main Thing may not be their best record – that honour may forever go to Days – it is their most mature-sounding, their most considered, and most engaging record since that record, no doubt helped by the return of engineer Kevin McMahon,  who finds himself in the producer’s chair this time around. As someone who was ‘in the room’ during their finest recorded moments, McMahon is just about the best person to help steady the ship after the tumultuous In Mind era.

Real Estate have always showcased a uniquely stylish strain of restrained fury. Much like Roxy Music on Avalon (which gets a nod in the title of the record), Grateful Dead on American Beauty or the Velvet Underground on their third record, Real Estate have a way of masking their eccentricities beneath lush, dreamy soundscapes, ensuring they contain what could be unlimited musical energy inside a bright and breezy 40 minutes of pure escapism. And they do it on every album.

The Main Thing opens with Friday, which sounds like a blend of Broadcast and Air (or Phoenix), with ringing guitars, hazy synths and thick, muscular bass. It’s wine-drunk lounge music for the mildly depressed – and isn’t it wonderful? Amelia Meath, from Sylvan Esso, joins as a guest vocalist on second track Paper Cup, which adds a jauntier rhythm and an ’80s sophisti-pop sense of flashiness to the Real Estate pot.

Real Estate’s flex their proggy tendencies on Also A But, which goes through about four different movements, incorporates elements of at least three incarnations of Fleetwood Mac (or one version of Wilco), then exits with an intense, woozy crescendo. Of course they follow that up with the Big Star/Byrds-y clarity of the title track, which gleams and glistens with immaculate beauty.

The Technicolor synth-psych of Procession is kaleidoscopic, stoned-in-the-park levels of chilled. Shallow Sun hits hard, and brings the record back into territory you’ve explored on the first couple of Tame Impala records – and there are hints of George Harrison in the guitar melodies. November, which at two minutes and 22 seconds is far too short, feels like the centrepiece of the record – with an unbridled, relentlessly nostalgic pulse and yearning layers of vocals.

One thing you might be able to criticise the record for is that it has one or two tracks too many. Where previous Real Estate albums have been blink-and-you’ll-miss-them concise, The Main Thing feels a little too woolly to have on constant repeat. But that’s a minor gripe in the streaming age. Real Estate have succeeded where most fail, which is in managing to deepen their already-rich catalogue with an understated triumph – something only the very best bands are capable of doing. The Main Thing offers no grand statements, no needless experimentalism, no left-turns or tacky rebranding. It’s just Real Estate, doing their thing, and doing it better than anybody can do it, no matter how hard they try.