Rebekka Karijord – We Become Ourselves 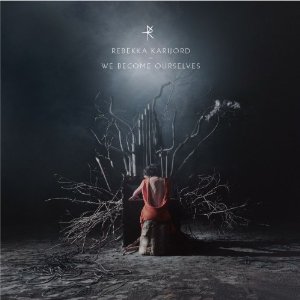 There’s obviously something in the water in Sweden. Over the last few years, a veritable plethora of Scandinavian acts have come forth, specialising in wistful melancholic folky pop: First Aid Kit, Linnea Olsson, José González and Ane Brun.

It’s the latter who Rebekka Karijord is most closely associated with: both born in Norway and relocated to Stockholm, they’ve toured together and appeared on each other’s records, and even sound pretty similar – as her guest appearance on closing track Bandages demonstrates. Yet while lovers of Brun’s excellent It All Starts With One record will find much to admire in Karijord, there’s also plenty for the uninitiated in Scando-folk to enjoy in her second album.

We Become Ourselves kicks off with a terrific double-header – the percussion-heavy, almost tribal beats of Prayer and Use My Body While It’s Still Young. The former is a slow, stately introduction, while the latter writhes, tosses and turns, the rhythms, handclaps and drumbeats making for a powerful backbone to Karijord’s terrific voice.

In fact, despite the often complex arrangements on display, it’s Karijord’s vocals that impress the most. Capable of both subtle understatement and some glorious, note-stretching exuberance, often in the same song. It seems brighter and more lively than her previous record, the slightly too sombre The Noble Art Of Letting Go, although there are still room for plenty of downbeat ballads.

It’s on those ballads that attention starts to wander though. While the title track makes for a welcome break from the frantic nature of Use My Body, the second half of the album is comprised almost exclusively of moody ballads, and a closing trio of You Make Me Real, Ode To What Is Realand Bandages make up a rather sleep-inducing end to the album. While they’re not without their attractions – the multi-tracked vocals work particularly well – it comes as a disappointingly gentle lull compared to the start of the record.

When she’s on form though, Karijord sounds terrific. The choirs on the aforementioned Use My Body While It’s Still Young add an epic touch to proceedings, whilst the brilliant Your Love has an urgent, lilting feel that recalls fellow Swede Lykke Li. The beautiful Multicoloured Hummingbird is another highlight, showcasing Karijord’s vocals to its besteffect.

We Become Ourselves is a fine follow-up to Kaijord’s debut album – indeed, at times, it’s absolutely sublime. There’s a lot to admire in the structure and production on display, and even on the album’s less exciting tracks, there’s always the chance to luxuriate in Karijord’s soothing vocals. She just needs to step up the consistency slightly to produce that truly great album that is no doubt lurking inside her.